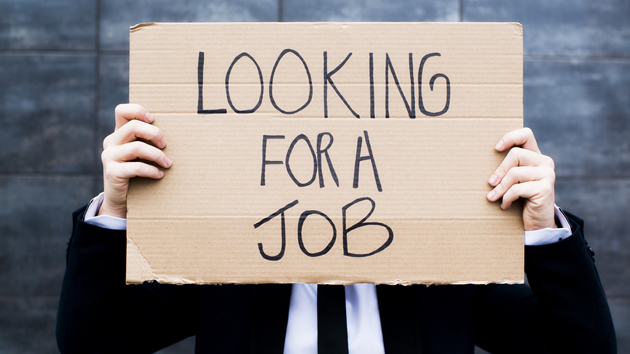 The Senate stumbled on a rare moment of bipartisan accord last month, when six Republicans joined Senate Democrats in passing an extension of unemployment insurance. Extended benefits for the long-term unemployed—measures enacted when the economy cratered at the start of the Great Recession—had expired at the start of the year, reverting back to the standard 26 weeks of assistance in most states. At that time, there were 1.3 million would-be workers left in the cold. Each week since then, on average, benefits have lapsed for another 70,000 people, raising the number to nearly 3 million people whose unemployment insurance have run out.

Under a deal crafted by Sens. Dean Heller (R-Nev.) and Jack Reed (D-R.I.), the Senate’s bill offered retroactive payments to that cohort, and extended those benefits through the end of May, with the idea of revisiting the topic for another renewal at that point. It was a rare, triumphant moment for this do-nothing Congress.

And then nothing. Since early April, any effort to help the unemployed has been bottlenecked by House Republicans. House Speaker John Boehner (R-Ohio) immediately put the kibosh on the Heller-Reed plan, rejecting the Senate’s bill within days of its passage and calling on the White House to put forth a new separate plan. He demanded that any extension of the insurance program be paired with new job training programs, but he failed to offer ideas of his own, a sign that his stipulations were just a means to punt on bringing the bill up for a vote. In early May, Labor Secretary Thomas Perez sent a letter to Boehner offering to hash out a compromise measure to extend benefits, an olive branch immediately swatted away by the speaker.

While the aggregate unemployment numbers may have dropped in recent months, there is still a large class of Americans who have been on the job market for extended periods of time, unable to find work as the economy rights itself from the Great Recession. “The economy continues to have trouble pulling itself out of the deep, deep cliff it fell into. The historic nature of the Great Recession continues to give its evidence,” says Rep. Sander Levin (D-Mich.), one of the Democrats leading the charge in the House to pass an extension. As this chart from the Center on Budget and Policy Priorities shows, Congress let these benefits expire while long-term unemployment was at a historically woeful high: 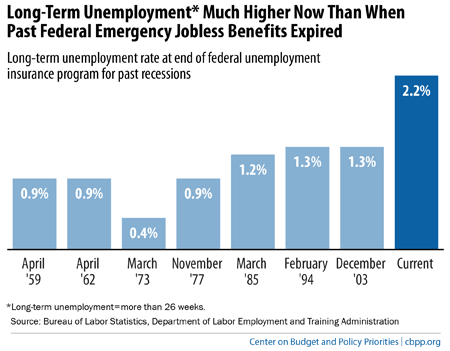 Since the Senate’s vote last month, Heller attempted to cajoled Boehner into letting the House vote on extending unemployment insurance. He’s even tried to circumvent Boehner, pressing other House Republicans to adopt the measure when the speaker rebuffed his pleas. Heller is hardly a wishy-washy moderate in the GOP caucus. The American Conservative has given him a lifetime score of 86 for his terms in the House and Senate. But his home state of Nevada has the second-highest rate of unemployment, 8 percent as of April.

Levin says he and his colleagues in the House aren’t ready to concede and will continue to press Boehner to take up the measure, but so far all of their requests to negotiate a new deal on unemployment have been ignored by the speaker. “I think if they put an answer in the mail they forgot to put a stamp on it,” Levin says. But with a June 1 deadline around the corner, responsibility for reviving benefits will fall back to the Senate. After they went out on a limb in April, it’ll be tricky to find the same level of bipartisan accord.