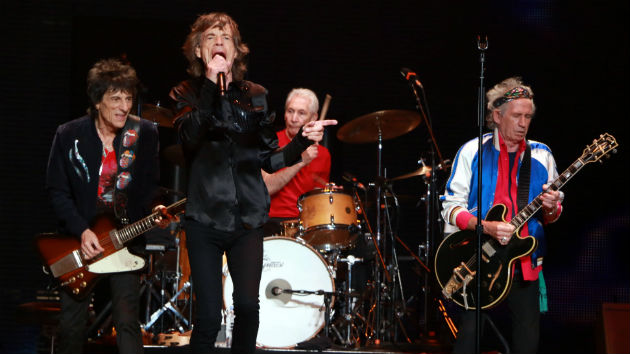 The Rolling Stones, live in Shanghai.Whitehotpix/ZUMA

On Thursday, Pink Floyd founding members Roger Waters and Nick Mason issued a statement criticizing The Rolling Stones’ decision to play a concert in Israel. The Rolling Stones are set to perform at Ramat Gan Stadium on June 10. The founders of prog-rock band Pink Floyd are supporters of Boycott, Divestment, and Sanctions (BDS), a global, pro-Palestinian campaign that aims to put economic and political pressure on Israel.

Here’s an excerpt from the statement, published at Salon:

With the recent news that The Rolling Stones will be playing their first-ever concert in Israel, and at what is a critical time in the global struggle for Palestinian freedom and equal rights, we, the two surviving founders of Pink Floyd, have united in support of Boycott, Divestment, and Sanctions (BDS), a growing, nonviolent global human rights movement initiated by Palestinian civil society in 2005 to end Israel’s occupation, racial discrimination and denial of basic Palestinian rights.

So, to the bands that intend to play Israel in 2014, we urge you to reconsider. Playing Israel now is the moral equivalent of playing Sun City at the height of South African apartheid; regardless of your intentions, crossing the picket line provides propaganda that the Israeli government will use in its attempts to whitewash the policies of its unjust and racist regime…If you wouldn’t play Sun City, back in the day, as you, the Rolling Stones did not, then don’t play Tel Aviv until such time as freedom reigns for all and equal rights is the law of the land.

Waters calling for artists to boycott Israel is nothing new. Last December, he compared Israel’s policy towards Palestinians to that of Nazi Germany in the 1930s.

A spokeswoman for the Rolling Stones did not immediately respond to a request for comment.