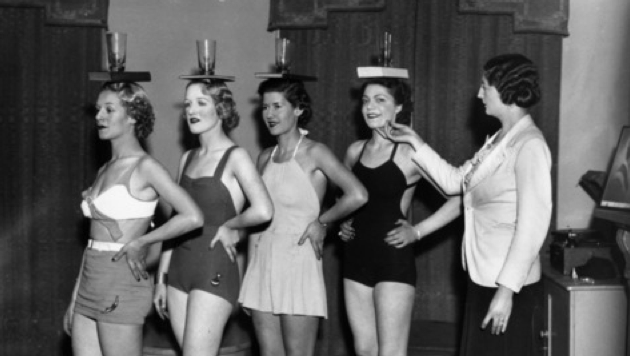 A few generations ago, American families could send their daughters to private, all-girl finishing schools, where they learned how to sit properly and nab husbands. Today, Florida families have the option of sending their daughters to all-girl public schools, where girls get perfume for doing tasks correctly, and educators are taught that girls “struggle with abstract thinking,” “use relationships as weapons,” and prefer to read about “emotional agonies” over spaceship how-to books, according to a Title IX complaint filed last week by the American Civil Liberties Union.

The ACLU alleges that the Hillsborough County public school district—which includes Tampa, has more than 202,000 students and a $2.8 billion budget, and operates both single-sex classrooms in coed public schools and single-sex magnet schools—is implementing teaching methods that discriminate on the basis of sex. Galen Sherwin, staff attorney at the ACLU Women’s Rights Project, says these methods may soon spread to other parts of Florida.

The ACLU filed its complaint one day after Republican Gov. Rick Scott signed into law a little-noticed bill that requires school districts that establish same-gender programs to mandate that educators participate in special training. Sherwin says that without federal or state intervention to ensure training programs do not promote sex stereotypes, it’s likely that other schools will follow Hillsborough’s model. (A spokesperson for the Florida Department of Education says that she can’t comment on the complaint, but noted that, according to the law’s language, the school districts are in charge of training.)

So what does the Hillsborough program look like? According to the complaint, “trainings relied heavily on stereotypical emotional differences between boys and girls,” such as the idea that “girls do not like to take risks and believe success is from hard work,” while boys “show love through aggression.” The complaint lists techniques employed in classrooms across the district: One teacher gave each girl a dab of perfume on her wrist for doing a task correctly, teachers comforted girls when they made a mistake, and teachers “spoke in a firmer and more authoritative and loud voice with the boys.” Boys were also instructed to do jumping jacks before math and were allowed to bring their electronics to school if they behaved.

According to the complaint, the teachings also rely on the controversial idea that schools should be tailored based on innate biological differences between male and female brains—for example, that girls struggle with abstract thinking as it relates to math. “The assumption that such differences are innate or ‘hardwired’ is invalid,” noted Scientific American in 2009. “Experiences change our brains.”

Gender-based educational programs are not unique to Florida. The ACLU has filed complaints against school districts in other states, including West Virginia, Wisconsin, and Idaho. The National Association for Single Sex Public Education, which supports these kinds of programs, notes, “We understand that some girls would rather play football rather than play with Barbies,” and “girls in single-sex educational settings are more likely to take classes in math, science, and information technology.” Sherwin, from the ACLU, says she doesn’t see anything wrong with single-sex schools that don’t use different teaching methods for boys and girls. But she adds, “Whenever you make sex the most salient category for grouping children, it certainly sends a message about sex difference.”

Steve Hegarty, a spokesman for Hillsborough schools, says that that no one is assigned or zoned to same-sex programs. “You have to apply, if you think it would be a good fit for your son and daughter,” he says. He wouldn’t comment specifically on the complaint, but notes that in Florida at least, parents are enthusiastic about the programs: “They seem to be really popular.”