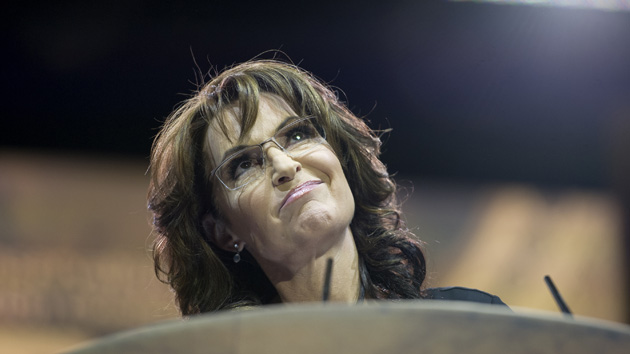 When the Supreme Court recently demolished yet another chunk of the nation’s campaign finance laws, Dan Backer arguably cheered louder than anyone. It was Backer, a Washington, DC-area attorney active in conservative politics, who had convinced an Alabama businessman named Shaun McCutcheon to challenge the government’s limit on the number of candidates, party committees, and political action committees an individual can contribute to in a single election cycle. (The basic limits on how much money that donor can give to each candidate, party, or PAC remain intact.) Backer, who represented McCutcheon, responded to the news of the Supreme Court’s decision by tweeting (in apparent reference to William Wallace in Braveheart): “FREEEEDOMMMMM!!!!”

Backer’s victory is shining some light on another high-profile cause of his: Convincing Sarah Palin to run for US Senate.

In an email headlined “Palin for Senate” recently blasted out by a PAC called the Tea Party Leadership Fund, Backer writes, “Sarah’s the proven leader we need.” He goes on, “She has a better grasp on world politics, and she knows what it means to cherish and protect our American freedoms far better than THE MAN WHO IS SUPPOSED TO BE LEADING THE FREE WORLD.” Backer slams incumbent Sen. Mark Begich (D-Alaska) for spending “too much time in Washington, DC, begging the Obama administration for favors rather than representing the good people of Alaska.” Palin supporters need to act quick, Backer warns: The window for her to get into the race “has almost closed.” And so Backer asks recipients to sign a petition and gather enough signatures to “to push Sarah Palin over the top in a critical run for Alaska’s Senate seat in 2014.”

In an interview, Backer said almost 100,000 people had signed the Palin for Senate petition. If Palin did enter the race,he said the Tea Party Leadership PAC would bolster her candidacy with direct mail and radio ads. “Nobody’s going to be a greater agent for change than Sarah Palin from Alaska,” Backer told me. “She will bring something to the race and she will disrupt the Senate. And disruption is good.”

Backer’s plea isn’t entirely out of left field. Palin has made noises about running for Senate in Alaska. Last summer, she said on Sean Hannity’s radio show that she was considering a run. “I’ve considered it because people have requested me considering it,” she said. “But I’m still waiting to see what the lineup will be and hoping that…there will be some new blood, new energy, not just kind of picking from the same old politicians in the state.” But this email comes when it’s getting late for a possible Palin campaign. (The filing deadline is six weeks away.) Right now, the much-watched Alaska Senate race pits Begich against Republican Lt. Gov. Mead Treadwell. Most polling shows Begich in the lead, but the seat is considered a toss-up Senate race that could determine which party ends up controlling the upper chamber.

Backer’s email asks for more than just a signature; it includes a plea to donate $5 or more to the Tea Party Leadership Fund PAC. (Backer is the PAC’s treasurer.) A cynical political observer might wonder if this “Palin for Senate” effort could be more of a fundraising ploy than a realistic attempt to get Palin into the race. Campaign records show that the Tea Party Leadership Fund has so far raked in $3.8 million in the 2013-14 election cycle, and most of that money—almost $9 of every $10—has gone to fundraising, legal fees (to Backer’s own firm), consulting, and other related expenses.

But Backer says the Tea Party Leadership PAC has spent so much non-electoral money because it was building its donor lists during 2013, an off year. This year, he says, the PAC plans to be a counterweight to the outside money from corporations and trade associations backing establishment Republican candidates. “We knew this was going to be a tough cycle and a tough year,” he said. “You need resources you can put on the ground when you need them.”