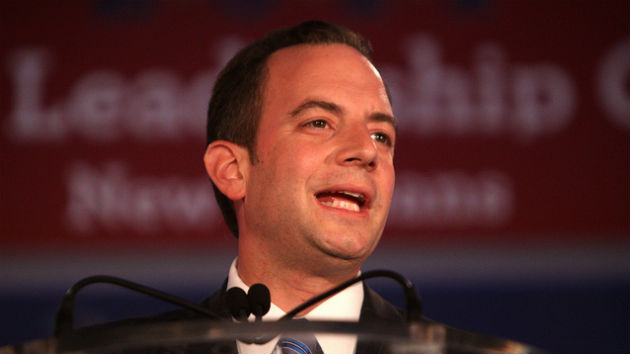 Last week, Reince Priebus, the chairman of the Republican National Committee, hailed the Supreme Court’s recent decision in McCutcheon vs. FEC, which eliminated the cap on the number of contributions a donor can make to candidates, parties, and political action committees. Of course he would: The cash-starved parties now stand to rake in bag-loads more cash than they did before the decision.

But Priebus wants to go further. On Hugh Hewitt’s radio show Tuesday, Priebus called for eliminating all limits on campaign contributions. All of ’em. The $2,600 limit on candidate donations, the $5,000 limit on PAC donations, the $32,400 limit on party committee donations, and so on. “I don’t think we should have caps at all,” he said.

If Priebus gets his way—and don’t forget, he already has one major ally; Justice Clarence Thomas, in his separate opinion in McCutcheon, called for gutting all donation limits—we’re looking at a pure free-for-all when it comes to money in politics. Casino magnate Sheldon Adelson, who gave nearly $93 million to outside groups during the 2012 campaign, or movie mogul Jeffrey Katzenberg, who gave and raised more than $30 million to reelect President Obama, wouldn’t need outside groups like super-PACs. Hell, they wouldn’t need political parties. They could donate $1 million, or $10 million, or $100 million directly to their candidate of choice.

Priebus might even go further. In the wake of Mozilla CEO Brendan Eich’s ouster over his $1,000 donation to an anti-marriage equality ballot proposal, the RNC chairman suggested he was losing interest in disclosure laws, too. “Even [campaign finance laws] that I want to agree with are getting to be very difficult,” he told Hewitt.

No limits, (maybe) no disclosure: If Priebus gets his way, this is the shadowy, cash-drenched future of American politics.