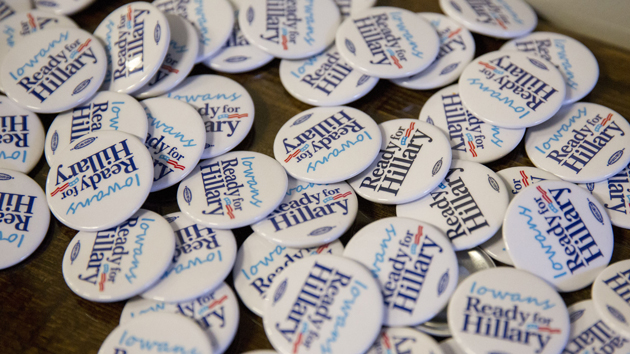 Democratic donors are apparently warming to the idea of a Hillary Clinton presidential run. On Thursday, Ready for Hillary, a super PAC that aims to encourage Clinton to enter the 2016 race, released its fundraising numbers for the first quarter of 2014. Between January and March, it pulled in more than $1.7 million.

In the realm of super PACs, $1.7 million might not seem like much—compared to the massive sums the Koch brothers regularly dump into campaigns, it’s a pittance. But it’s an impressive haul given Ready for Hillary’s self-imposed limitations. The group started off as a small-scale operation, just two Clinton superfans agitating for their hero to make another run at the White House. Ready for Hillary capped donation at $25,000 to maintain little-guy cred, a restriction its founders have maintained even as major Democratic donors like George Soros have joined their cause. That $1.7 million was cobbled together from 32,000 donations, 22,000 of them from new donors, and 98 percent of them for less than $100. Nearly 10,000 contributions were for the group’s suggested amount: $20.16.

The group’s funds are coming in at a faster clip with each reporting deadline. Ready for Hillary raised $1.2 million in the first half of 2013 and more than $4 million last year total. The midterm elections are still seven months away, but a growing number of Democrats are already opening up their wallets for 2016.

What’s the point of raising all that money when Clinton isn’t even a candidate yet? List-building. Ready for Hillary has no intention of running TV advertisements—that responsibility has fallen to Priorities USA, the super PAC that bolstered President Obama’s 2012 reelection campaign but has retooled to support Clinton’s presumed candidacy. Instead, Ready for Hillary is building a network of field staff and running online ads to collect the names and contact information of diehard Clinton supporters. Once Clinton makes her candidacy official—presumably sometime early next spring—Ready for Hillary will sell or lease its list to the official campaign, giving Clinton a leg up on any primary challengers. She’ll launch her campaign with a national database of her most likely donors and volunteers. At the group’s current pace, Ready for Hillary should have ample information to offer: It now boasts 1.7 million Facebook fans and, with the latest report, more than 55,000 donors.