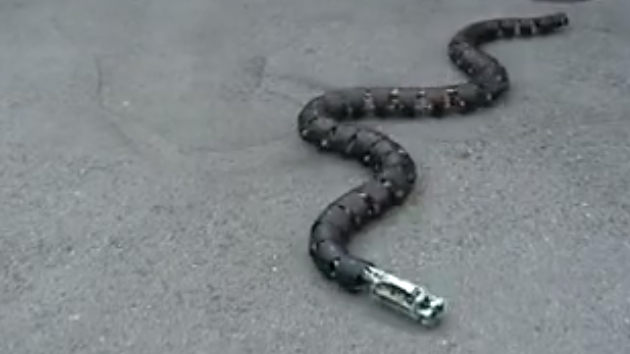 Last month, Medrobotics, a corporation associated with Carnegie Mellon University, announced that it will start marketing robotic snakes to surgeons in Europe. These “snakes,” when fed down a patient’s throat, can help doctors access hard-to-reach locations within the human body during head and neck surgery, leading to faster recovery times.

But this is hardly the only use for robotic snakes, which swim, slither, crawl, and climb much like the real thing. For the past few years, researchers at labs around the world have been coming up with innovative new ways to put these cool (and terrifying!) robots to use. Here’s what you need to know:

Who made the first robotic snakes?
Howie Choset, a robotics professor at Carnegie Mellon, is widely credited with fathering the robotic snake. He cofounded the company that’s making the surgical robot snake, and he told the Huffington Post last year that, in fact, he’s “afraid of snakes,” but he notes that his snake robots are “nice and friendly.”

How do robotic snakes move?
According to the Biorobotics Lab at Carnegie Mellon, there are at least 10 main “gaits” robotic snakes perform, including sidewinding, corkscrewing, rolling, swimming, pole climbing, and cornering. The researchers say that they have been able to mimic all “biological gaits” found in snakes, and in some cases, develop those that “go beyond biological capability.” Researchers also develop gaits for specific tasks, such as “stairclimbing, gap crossing, reaching into a hole in a wall [and] railroad track crossing.” Here is a video of a robotic snake moving up a pole:

Wait, robotic snakes swim?! How?
Robotic snakes are buoyant, so as long as they’re covered in waterproof skin, they can skim the top of the water, utilizing wireless control. Other designs can swim entirely underwater—up to 200 feet deep—which is cool if you care about things like getting rid of water pollution, and totally terrifying if you like to go swimming. Here’s an example of an underwater robot snake, designed by the Tokyo-based HiBot.

Search and rescue dogs are vital to sniffing out survivors after an urban disaster, like a building collapse or earthquake. But there are places rescue dogs can’t reach. That’s where the search-and-rescue snake robot—developed by Carnegie Mellon’s Biorobotics Lab and Ryerson University’s Network-Centric Applied Research Team—comes in. The researchers came up with a method called “Canine Assisted Robot Deployment,” whereby once a dog nears a victim, its bark triggers the snake robot to leap from its pack and start wiggling around, providing live video feed for rescuers.

2. Removing pollution from oceans and lakes
Designers at the Fortune Institute of Technology in Taiwan have proposed a way to use robotic snakes to rid bodies of water of harmful metals. The snakes are packed with bacteria that makes these toxins disintegrate. As the snakes “swallow” water, the bacteria break down the pollutants, ultimately draining out clean water. The bacteria also generate electricity that keep the snakes swimming. The idea is still in the early stages of development, but researchers say these robotic snakes could be used to clean up lakes, rivers, and oceans as early as 2020. Whether they will be still sadly swimming the oceans, long after humanity’s demise, remains to be seen. 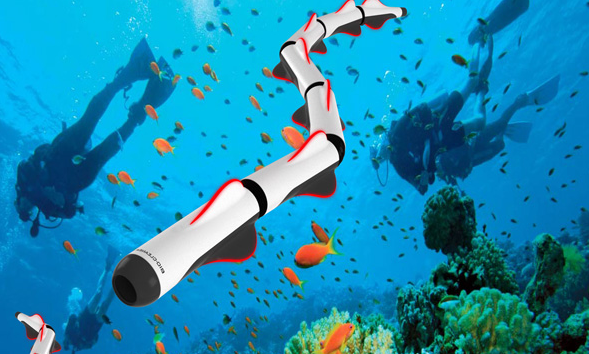 3. Warfare
The Israeli Defense Forces (IDF) first developed a robotic snake back in 2009. The robot could be used to survey buildings, sewage systems, and other structures during urban and subterranean warfare, Defense Update reported. According to the news outlet, IDF aimed to use robot snakes to to deposit sensors in buildings to monitor activity and deploy explosives. The US Army has also worked on developing robotic snakes to investigate improvised explosive devices.

4. Inspecting nuclear power plants
Last year, Carnegie Mellon tested one of its robotic snakes at Austria’s Zwentendorf nuclear power plant, which is inactive. Researchers hope that robots will be able to investigate the radioactive parts of nuclear plants and storage areas that might be unsafe for humans. According to the lab, their robotic snakes will be able to inspect and capture high-quality footage of “dry storage casks, waste storage tanks [and] piping within nuclear power plants.” Hitachi Ltd. and Hitachi-GE Nuclear Energy Ltd. also developed snake robots this year to probe one of the Fukushima nuclear plants.

6. Exploring Mars
Researchers in Norway are developing a robotic snake to slither around the surface of Mars and work with a rover to collect samples. Researchers Pål Liljebäck and Aksel Transeth told Discovery News last year that while “the Spirit rover was lost after it became stuck in the sand on Mars,” robotic snakes would be able to avoid these kinds of pitfalls. Carnegie Mellon’s Choset told ABC News, “The snake robot could travel to cliffs and look underneath overhangs…It could find a crevasse, crawl down it, and extract a sample, which itself could tell us how Mars evolved as a planet.” 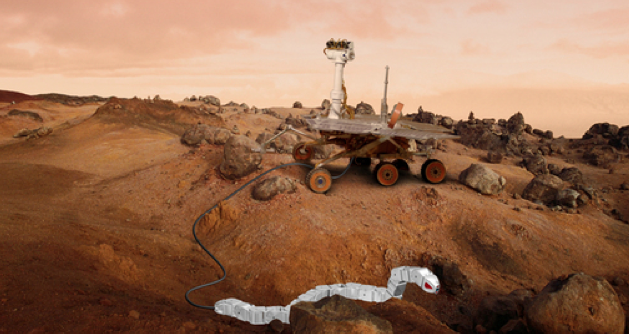