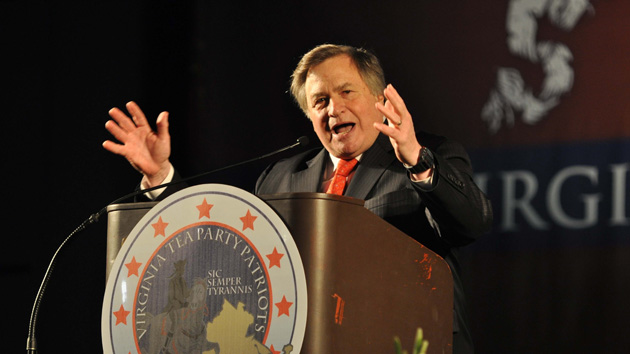 Dick Morris, the one-time adviser to President Bill Clinton, has carved out a strange, multi-faceted career in recent years, engaging in questionable political dealings, pitching misguided punditry (he predicted Mitt Romney would win in a landslide in 2012), and peddling conspiracy theories. On his website, Morris argues that the CIA, FBI, and the mob were behind the assassination of President John F. Kennedy. He co-wrote a book pushing right-wing conspiracy theories about the United Nations, international agencies, and the like. (“Black helicopters is the crazy word for the UN invading the United States,” Morris said in previewing the book. “But it’s really going to happen.”) He’s banged the IRS-scandal drum, insisting that Obama was secretly behind the agency’s supposed scrutiny of conservative groups. He pushed anti-Obama Benghazi theories. He backed Donald Trump’s birther talk.

Morris wasn’t always this, uh, unconventional. In fact, in a newly released memo from Clinton’s presidential archives, Morris advised the president to call out the conspiracy theorists of the 1990s and to combat the widespread right-wing paranoia of that time—the same sort of paranoia that Morris now exploits to make a buck.

Morris’ May 1995 memo offered comments on a speech Clinton was to give at Michigan State University. It was just two weeks after the Oklahoma City bombing, and Morris urged the president to take a tough line against the right-wing militia crowd and those conservatives who had been asserting that the federal government was encroaching on their lives and eviscerating their civil liberties. Such incendiary rhetoric had been on the rise for several years, and the Oklahoma City attack was seen by some political observers as the culmination of this anti-government campaign.

Clinton ended up using several of Morris’ suggestions in his speech. “How dare you suggest that we in the freest nation on earth live in tyranny?” Clinton asked. “How dare you call yourselves patriots and heroes?”