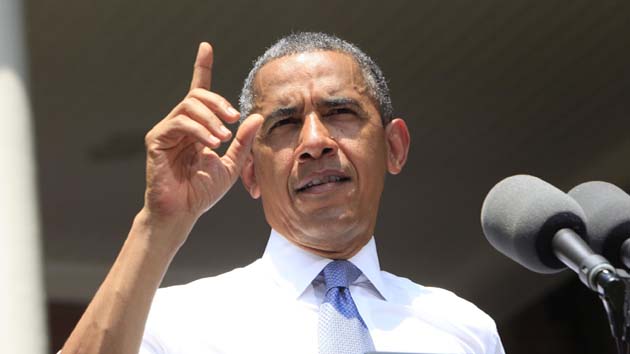 The story was originally published by The Huffington Post and is reproduced here as part of the Climate Desk collaboration.

President Barack Obama had already mentioned the data initiative in a list of new programs announced in his big climate speech at Georgetown University last June. Today was its official unveiling.

One part of the data initiative is a new climate-focused section within the Data.gov website—called Climate.Data.gov—which the National Oceanic and Atmospheric Administration (NOAA) and the National Aeronautics and Space Administration (NASA) will run. The climate data site will also offer infrastructure and geographic mapping data sets—showing bridges, roads, canals, etc.—from such agencies as the U.S. Geological Survey and the Department of Homeland Security.

To solicit ideas from the private sector on how to use all this data to create images and simulations showing coastal hazards, NOAA and NASA are launching a Coastal Flooding Challenge.

Making more of this type of information publicly available, the Obama administration announced, will “stimulate innovation and private-sector entrepreneurship in support of national climate-change preparedness.”

The Climate Data Initiative, they wrote, “will help create easy-to-use tools for regional planners, farmers, hospitals, and businesses across the country—and empower America’s communities to prepare themselves for the future.”