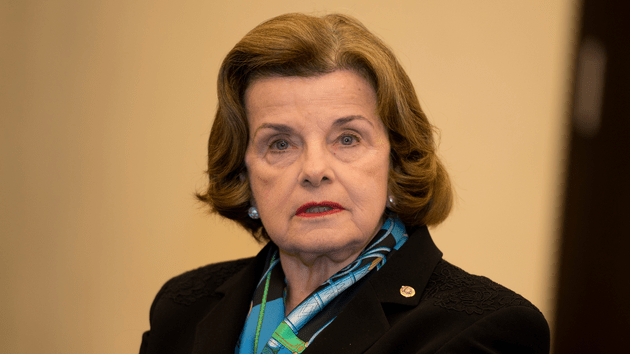 Since Edward Snowden revealed that the NSA is scooping up the phone records of law-abiding Americans in bulk, the program has had a stalwart defender in Sen. Dianne Feinstein (D-Calif.). She has supported the program’s continuation as recently as last week, criticized a judge who ruled it may be unconstitutional, and pushed a bill through the Senate Intelligence Committee to codify its existence, with some reforms. But now, her bill may be dead in the water. Late Monday, news broke that President Obama is expected to propose ending the program as it currently exists. In response, Feinstein issued the following statement:

“I believe the president’s plan is a worthy effort. I have said before that I am open to reforming the call records program as long as any changes meet our national security needs and address privacy concerns, and that any changes continue to provide the government with the means to protect against future terrorist attack.”

The way the bulk collection program works now, the NSA systematically collects metadata from the phone calls of millions of Americans. (Metadata, which includes phone numbers and call dates, is highly revealing, but it doesn’t detail the contents of conversations.) The NSA retains that data for five years. According to the New York Times, the Administration’s new proposal will recommend that phone companies hold onto this data instead of the NSA. Phone companies are only required to retain this data for 18 months. In order to get specific records, the NSA will have to get permission from a judge. In January, civil liberties advocates told Mother Jones that they considered ending the bulk collection program a top priority in reforming NSA surveillance.

Last week, Feinstein said she would consider reforms to the bulk collection program that “preserve the operational effectiveness of the call records program,” but said it should continue. In December, when DC District Court Judge Richard Leon ruled that the NSA’s phone collection program was likely illegal, calling it, “almost Orwellian,” Feinstein quickly denounced the ruling. “Those of us who support the call records program do so with a sincere belief that it, along with other programs, is constitutional and helps keep the country safe from attack,” she wrote.

She also introduced the FISA Improvements Act which was quickly approved by the Senate Intelligence Committee in October 2013. The bill would require more public reporting and court review, while codifying the program’s existence, largely in its current form. More than 50 civil liberties and public interest organizations signed a letter opposing the bill in December.

But thanks to Obama’s new announcement, Feinstein’s proposal may be dead in the water: “Senator Feinstein’s FISA reform bill is a nonstarter now that the President has confirmed his commitment to end the bulk collection program,” says Alan Butler, the appellate advocacy counsel for the Electronic Privacy Information Center. In contrast, two other bills—the USA FREEDOM Act and the FISA Transparency and Modernization Act, which was introduced on Tuesday by Chairman Mike Rogers (R-Mich.) and Ranking Member C.A. Dutch Ruppersberger (D-Md.)—would both end the bulk collection program in its current form. Feinstein said on Tuesday she plans to schedule a hearing on both the president’s proposal and the new bill from the House Intelligence Committee.

On Tuesday, Glenn Greenwald, writing for the Intercept, harshly criticized “pro-NSA Democrats” for following Obama in his support for NSA surveillance. “They have spent the last 10 months defending the NSA (i.e., defending Obama) by insisting that the NSA metadata program is both reasonable and necessary to Keep Us Safe™,” he wrote. Earlier this month, Snowden called Feinstein hypocritical for continuing to support NSA surveillance while denouncing the CIA for searching Senate Intelligence Committee computers. “Suddenly it’s a scandal when a politician finds out the same thing happens to them,” he said.