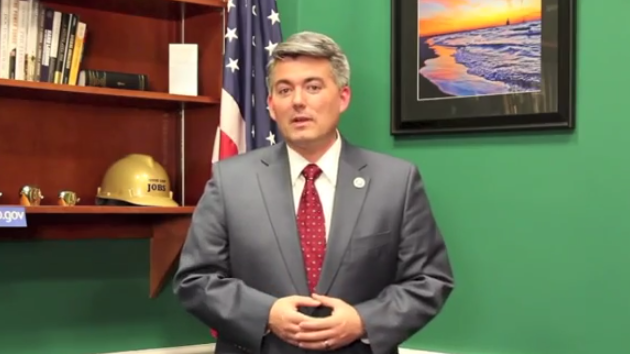 But Gardner, a two-term congressman, brings plenty of baggage to the race, including his background as a fierce culture warrior. Among other attempts to limit abortion access, he co-sponsored a 2011 bill that would have changed the definition of rape under federal law, limiting abortions that could be covered under Medicaid to instances of “forcible rape.” So on Friday, Gardner took a step toward softening his image as a social conservative crusader by recanting his vocal support for fetal personhood laws, which would confer constitutional rights on fetuses and ban abortion from the moment of conception.

What changed? Gardner says he “learned to listen” to critics of fetal personhood measures—something it couldn’t have hurt to have done before he co-sponsored a House bill that established a “right to life [for] every member of the species homo sapiens at all stages of life, including the moment of fertilization.” That bill, which Gardner signed last July, was named the “Life at Conception Act.” During his first run for Congress, in 2010, Gardner boasted of circulating a petition for a personhood ballot measure at his church. Coloradoans voted against that ballot measure—and a nearly identical measure in 2008—by a margin of 3-to-1 that year.

But their opposition didn’t register with Gardner until he faced an electorate that voted for Obama in the 2012 presidential race. Now, his eyes are open. “The voters of Colorado have spoken on this issue,” Gardner told the Post. “To me, that’s the end of it.” What a difference a tight Senate election makes.