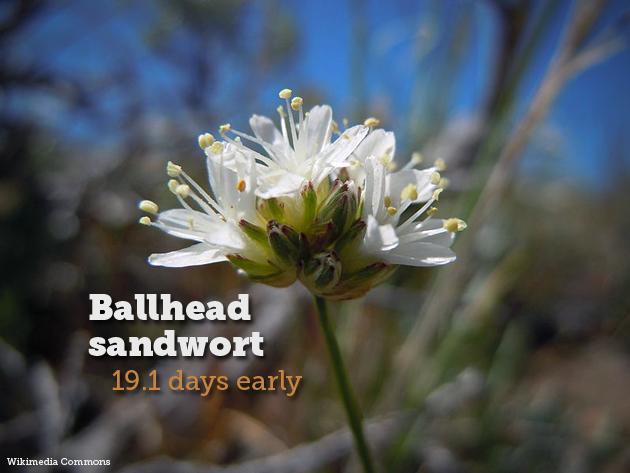 Climate change might have had a hand in the exceptionally cold winter much of the country just suffered through, but on the upside, there’s new evidence that it’s sending spring in early, and giving us more time with wildflowers.

That’s the conclusion of one of the most exhaustive surveys ever conducted on flowering “phenology,” the term scientists use for the timing of seasonal events (such as the day the first migratory birds arrive in a given place or, in this case, the first day flowers open). The study was published today in the Proceedings of the National Academy of Sciences. From 1974 to 2012, biologist David Inouye* of the University of Maryland took a team to Colorado just as the winter frost was beginning to thaw, and spent the spring and summer documenting when 60 common plant species had their first, last, and peak (i.e., the most individual plants) flowering. 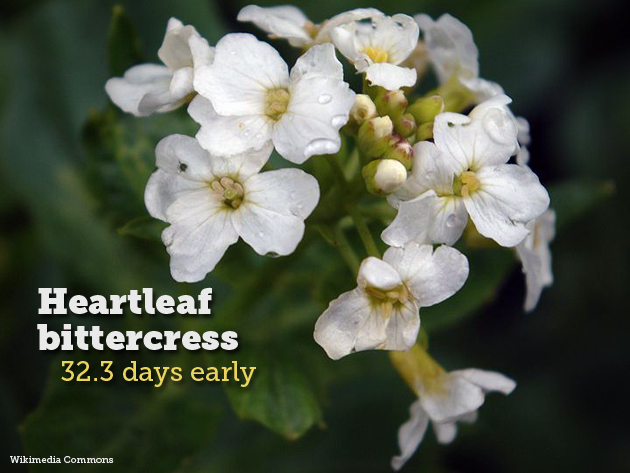 In all but one of the species, the date of first flowering moved incrementally forward each year, by more than a month in at least one case. You can see a sampling of the flowers in these photos, along with how much earlier they are flowering these days compared to 39 years ago, when the study began. Overall, said study co-author Paul CaraDonna, the ecological onset of spring advanced by about 25 days, from mid-May to late April, mostly thanks to warming temperatures (about 0.7 degrees F per decade here) that melted snow early.

“With these changes in climate, the plants are coming out a lot sooner,” CaraDonna said. 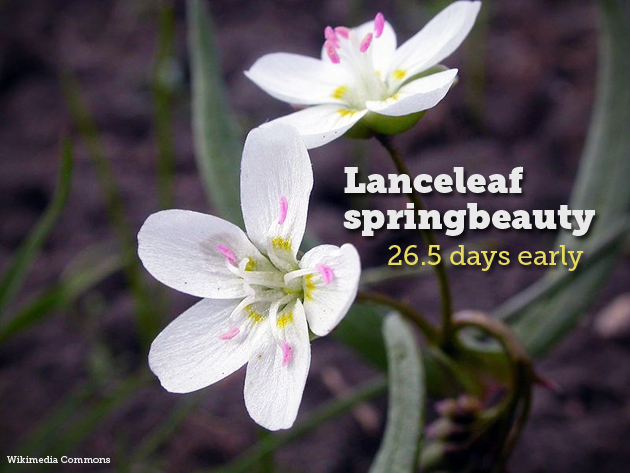 In addition, CaraDonna said, last flowerings are happening later in the fall, so that the overall flower season is now about 35 days longer than it was 39 years ago.

Scientists have known for years that climate change messes with nature’s datebook, throwing off plants (including flowers and trees), animals (from birds to plankton), and even fungi that rely on clues like temperature and weather to know when to breed, migrate, come out of hibernation, and whatever else they need to do. In fact, one of the first great phenologists was Henry David Thoreau, whose notes on the first flowering of some 500 plant species around Walden Pond were recently tapped by a pair of Boston University biologists to inform modern-day research, which found flowering times for these plants to have advanced an average of 10 days. 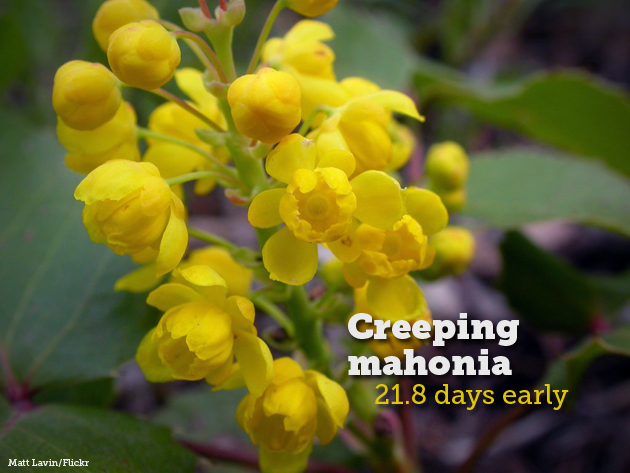 What makes this new research unique is not only the sheer size of the dataset, but that it tracks the flowers through the spring and summer until the frost comes back in the fall. Knowing the date of first flowering is important, CaraDonna said, but limited.

“It’s like if the cover of a book looks cool, but you don’t know what the rest of the book is about,” he said. “We’re really curious about how these patterns contribute to other patterns in the community that you can’t see if you just look at first flowering.” 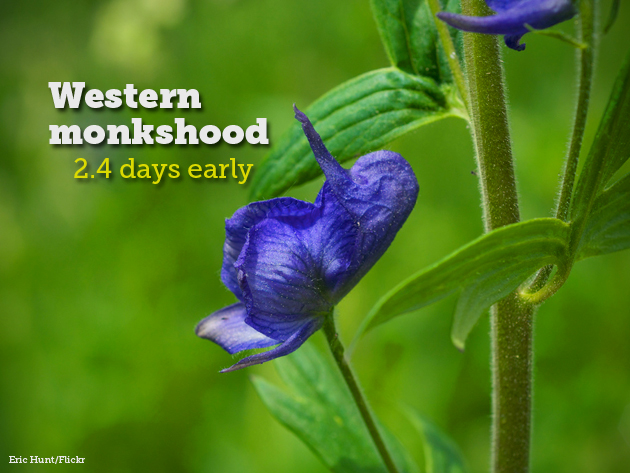 In other words, flower phenology has implications beyond making nice company for hikers. The early appearance of flowers increases competition amongst them for pollinators, like bees, which can in turn get thrown off by unusual dining options, and the effects cascade up the ecological pyramid from there. In the biological marketplace, “things that used to be on sale at different times are now on sale together,” said co-author Amy Iler.

CaraDonna said the next step in the study is to look more closely at how the shifted timing of flowers can destabilize an ecosystem, but even now he’s confident the impacts are underway: “If you change this much of an ecological community, there will be consequences.” 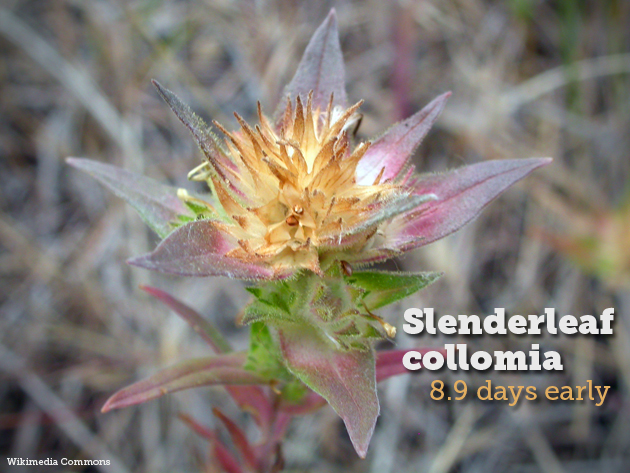 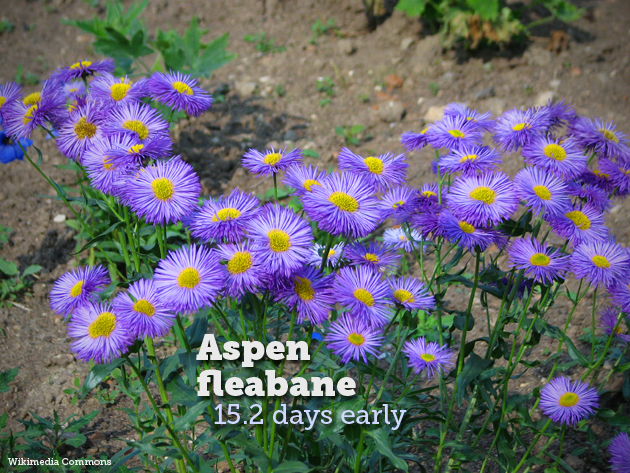 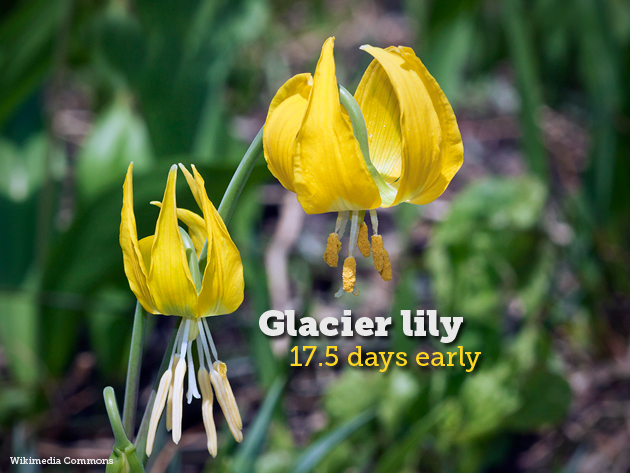 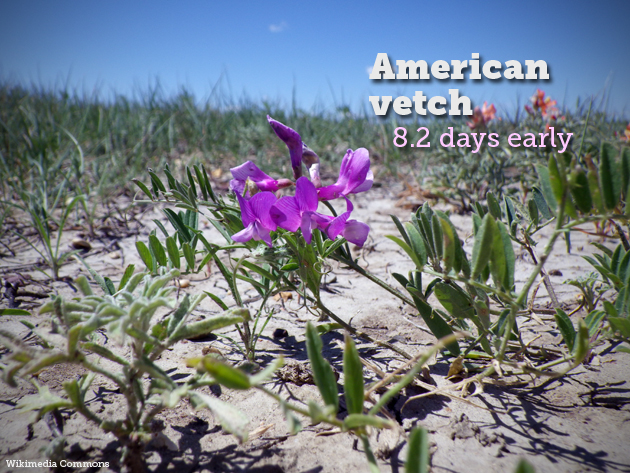 * Correction: An earlier version of this story incorrectly referred to biologist David Inouye as “Daniel Inouye.” We regret the error.