Last March, when the 10-hour miniseries The Bible premiered on History channel, many observers (including Glenn Beck) noted that Satan (played by Mohamen Mehdi Ouazanni): 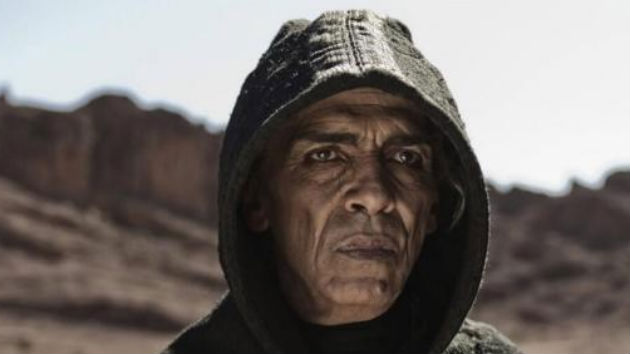 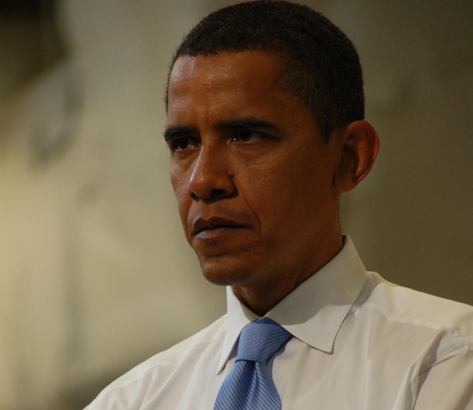 The internet had some fun with this, and the meme was especially funny when you considered the insane theories already out there that Obama was put on earth to do Satan’s bidding. Anyway, History, Ouazanni, and producers Roma Downey and Mark Burnett all rolled their eyes at the Obama comparisons. “Both Mark and I have nothing but respect and love [for] our president, who is a fellow Christian,” Downey said in March. “False statements such as these are just designed as a foolish distraction to try and discredit the beauty of the story of The Bible.”

But in the abridged film version of The Bible (titled Son of God), which hits theaters next week, Satan won’t be getting any screen time. “Someone made a comment that the actor who played the devil vaguely resembled our president, and suddenly the media went nuts,” Downey, who also plays Mother Mary, told the Hollywood Reporter on Monday. Downey elaborated on this in a USA Today op-ed published later that day: “The next day, when I was sure everyone would only be talking about Jesus, they were talking about Satan instead,” she wrote. “For our movie, Son of God, I wanted all of the focus to be on Jesus…It gives me great pleasure to tell you that the devil is on the cutting-room floor.”

The White House did not respond to a request for comment regarding Devil Obama being dropped from the movie. Here is a clip, via THR, of Jesus (played by Diogo Morgado) meeting the allegedly presidential Satan in last year’s miniseries: