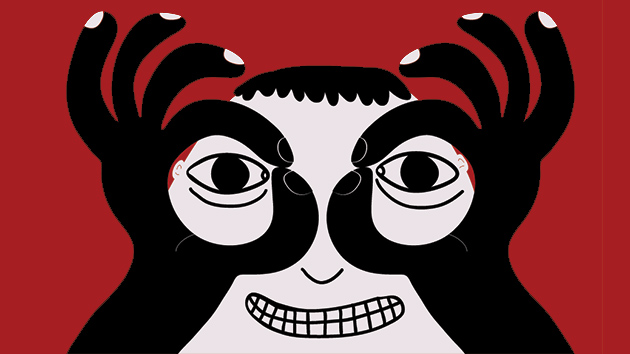 Of the millions of secret Iraqi documents the United States captured in 2003, my favorite is the one from Saddam’s General Security Directorate that explained how Pokemon was an operation run by International Zionism to undermine Iraq. According to their analysts, “Pokemon” meant “I am Jewish” in Hebrew, and this was going to sap all of Iraq’s precious bodily fluids.

It’s fun to laugh at Iraq’s Super Spies, and everyone on Earth should. But the joke’s on us if we don’t recognize that their brains were screwed in just a half turn tighter than many of their American and British counterparts. Throughout history, the security state in every country has attracted employees who were already a bit squirrelly, and then encouraged their squirreliness to blossom in the dark. Eventually many of them end up like the CIA’s James Angleton, who was convinced the Soviet Union was going to “fake” its collapse, or the top Pentagon officials who opposed the Nuclear Test Ban Treaty in 1963 because the Soviets were going to cheat by testing their hydrogen bombs on the dark side of the moon. This same tendency is often found in reporters who get close to their own intelligence services, are fascinated by spies, and spend their careers dependent on them for scoops about espionage.

What these kinds of people share in common is that the pattern-recognition software in their head is badly calibrated and oversensitive. If they weren’t spies or intelligence “experts,” they’d spend their days proving Paul Is Dead or discovering the face of Jesus in tortillas. Which brings me to Economist editor Edward Lucas and the most ridiculous thing I’ve ever read, his short new ebook, The Snowden Operation: Inside the West’s Greatest Intelligence Disaster.

The main thing The Snowden Operation wants us to know is that “this affair has Kremlin fingerprints on it. They may be faint and smudged, but they are there.” Yes, Lucas acknowledges, it’s possible the Russians aren’t involved, “but not likely.” The naive might be fooled into thinking all was exactly what it appeared to be on the surface and Snowden was simply an NSA contractor who reached out to journalists on his own. But sophisticated observers like Lucas, with “30 years of looking at Soviet and then Russian intelligence and propaganda operations,” see the truth. Maybe Snowden was recruited by the Russians to leak NSA documents and knew it was them doing the recruiting; maybe he was recruited by them but they fooled him into thinking they were someone more sympathetic; or maybe the Russians somehow “brokered an introduction” between Snowden and others who would encourage and publicize his leaks (i.e., journalists Glenn Greenwald and Laura Poitras and hacker Jacob Appelbaum) without any of them being aware of the hidden Kremlin hand.

So let’s take a look at these smudgy fingerprints. Here’s a good example, one so portentous that it’s the last sentence of book’s last chapter:

[Blogger Catherine] Fitzpatrick has identified the background to one of the rare photos of Snowden in Moscow: on the basis of the distinctive striped pavements, the logo on a supermarket trolley he is pushing, and other visual clues it is, she believes, a shopping centre in Yasenevo, near Russia’s Foreign Intelligence Service [SVR] headquarters.

Throughout history, the security state in every country has attracted employees who were already a bit squirrelly, and then encouraged their squirreliness to blossom in the dark.

Let’s leave aside the fact we don’t know if this photo (published by a Russian tabloid) actually shows Edward Snowden. And let’s leave aside that if it does show Snowden in Yasenevo, him being two miles away from SVR headquarters would not actually mean he’s a secret Russian agent. Let’s just focus on what Fitzpatrick says.

And what she says is that she’s “going to take a WAG” about the photo—i.e., a wild-assed guess. This guess is based on these features of the photo:

• The stripes on the curb, which she says are found near shopping centers and metro stations in Yasenevo…and also the rest of Moscow.
• The logo on the shopping cart—which I find totally illegible but she believes starts with a Russian D, so “maybe” it’s Dialayt. There’s a shopping center called the Dialayt Torgovy Kompleks in Yasenevo.
• The trees, which are the “same kind” as in Yasenevo. I’m not an expert on trees or Moscow or Moscow trees, but my guess is such trees are found in more than one Moscow location.
• The metal kiosks, which she (incorrectly) says look like those close to Dialayt Torgovy Kompleks.

That isn’t cherry-picked—literally the entire book is like that. Here’s another faint, smudged fingerprint: Appelbaum (who, in May 2013, helped Greenwald and Poitras verify that Snowden had the technical knowledge he claimed) went to a hacker conference in Hawaii in March 2013. That somehow means that Appelbaum was in contact with Snowden “well before January, 2013″…which means that Appelbaum was actually the first person Snowden contacted…which means he and Snowden were working together with another hacker…which, several links further in the chain, means that Justin Bieber is actually Vladimir Putin in disguise.

Moreover, Lucas didn’t dream any of this up himself. Not only does the book contain no original reporting whatsoever, it actually contains almost no original speculation—it all leans heavily on the conjecture of Fitzpatrick, Craig Pirrong (a finance professor at the University of Houston), and John Schindler (a former NSA analyst and now professor at the Navy War College). For his part, Schindler believes that not only is Snowden a Russian operation, so was the creation of WikiLeaks and the exposure of Echelon during the ’90s. Schindler also ran a 2002-03 intelligence task force that concluded Iraq had WMD, which does not appear to have shaken his faith in his own judgment.

All that said, I agree there’s something about this which seems reminiscent of Russia—and that’s The Snowden Operation itself. It reads exactly like internal Soviet documents about Andrei Sakharov, who, the Politburo fumed in 1975, was “divulging state secrets concerning the most vital defense issues of the country.” And who was behind the Sakharov Operation? As Gen. Jack D. Ripper said to Peter Sellers in Dr. Strangelove, it’s incredibly obvious, Mandrake:

The State Security Committee reports that US special services have been assigned a definite role in the anti-Soviet campaign “in defense of democratic freedoms in the USSR” which has been now unleashed…the new CARTER administration and well-known senators [are involved] in this operation.

So hopefully someday Lucas, Fitzpatrick, Pirrong, and Schindler will be able to get together with their Soviet and Iraqi equivalents. Only with their combined brainpower will it be possible to finally blow the lid off the whole Power Rangers situation.