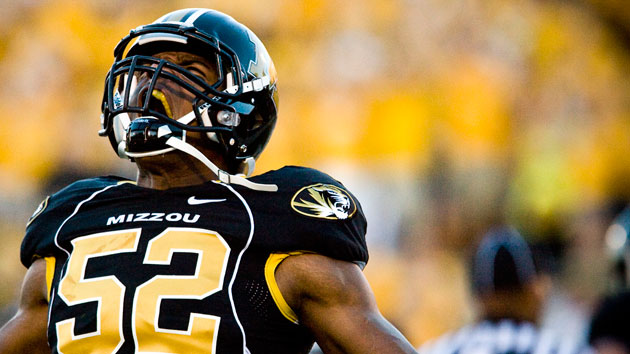 A day after basketball player Jason Collins became the first openly gay athlete to play in one of the country’s big four pro sports, a DC lobbyist said he’s working on legislation to keep gay players from ever following suit in the NFL.

Jack Burkman—whose lobbying firm, JM Burkman and Associates, pulled in $3.5 million last year—said he has garnered support for a bill that would ban gay football players from the professional ranks.

As the Hill first reported:

“We are losing our decency as a nation,” Burkman said in a statement. “Imagine your son being forced to shower with a gay man. That’s a horrifying prospect for every mom in the country. What in the world has this nation come to?”

Burkman said he came up with the idea after college football star Michael Sam came out as gay a few weeks ago. If drafted, Sam would be the first openly gay player in the NFL…

“If the NFL has no morals and no values, then Congress must find values for it,” Burkman said.

(No word on what Burkman thinks about the four gay NFL players who came out after their playing days were over: Dave Kopay, Esera Tuaolo, Wade Davis, and Rod Simmons, who died Thursday.)

Publicity stunt aside, this isn’t the first time Burkman has weighed in on gay rights. In February 2013, he took to his Radio America show, Behind the Curtain With Jack Burkman, to discuss the softening of the Boy Scouts’ ban on gay members, lamenting how the “establishment media push[es] everybody around, forcing us all to accept homosexuality as just something natural.” He continued: “Ladies and gentleman, if you have a son in the Boy Scouts, get him out. Get him out now.”

Burkman, onetime counsel to former Rep. Rick Lazio (R-N.Y.), is no stranger to controversy. In 2006, he went on MSNBC’s Scarborough Country and said that “within hours of those towers going down,” the wives of the 9/11 victims “were ready to make money and exploit this tragedy.” Then, in 2007, he was linked to the DC Madam.