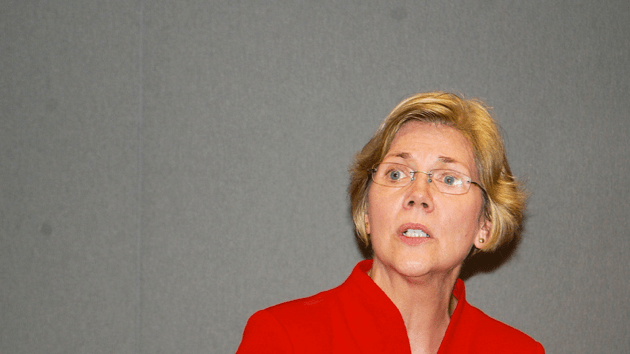 On Tuesday, Sen. Elizabeth Warren (D-Mass.) and Rep. Elijah Cummings (D-Md.) called on the heads of the Federal Reserve, the US central bank that sets monetary policy and helps regulate Wall Street, to take a more active role in bank oversight.

The Fed metes out dozens of penalties against banks each year, for infractions including faulty foreclosure practices and inadequate money laundering protections. But the seven board members—including newly-minted Fed chair Janet Yellen—who head the Federal Reserve rarely vote on penalty and enforcement decisions. Of the roughly 1,000 formal enforcement actions taken by the Federal Reserve over the past 10 years, only 11 were voted on by the board. The rest were delegated to Fed staff, sometimes even mid-level employees. Warren, who sits on the Senate banking committee, and Cummings, the ranking member of the House oversight and government reform committee, have been critical of this arrangement, arguing that the delegation of authority results in penalties that are too lenient. On Tuesday, the two Democrats sent a letter to Yellen asking her to tighten the Fed’s rules governing when the Board of Governors may delegate regulatory decisions, and when they must take important supervisory duties into their own hands.

The two note that the Fed Board gives more attention to monetary policy decisions than to its other mandate, bank oversight: “While the Board votes on every important decision the Fed makes on monetary policy, the board rarely votes on the Fed’s important supervisory and enforcement policy decisions.” Other Wall Street regulators, such as the Securities and Exchange Commission (SEC), require that all bank penalties be approved by their head panels.

In their letter, Warren and Cummings ask Yellen to require the Fed board to vote on any penalty agreement that exceeds $1 million or that involves changes in bank management. They also urge that all board members be notified before staff members enter into an enforcement action against a bank.