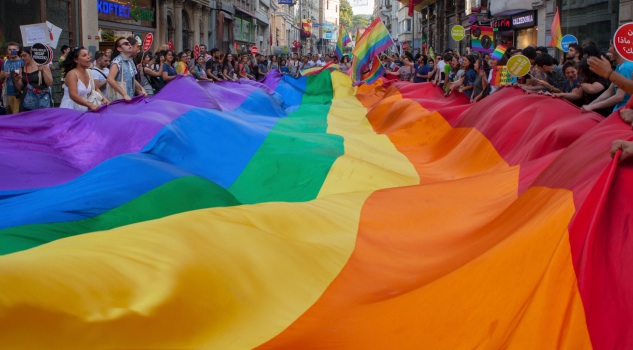 On Thursday night, a federal court in Virginia struck down the state’s ban on same-sex marriage. The ruling follows similar decisions in Oklahoma and Utah, but it stands out for its celebratory tone and its stirring portrayal of marriage equality as a fundamental right. US District Judge Arenda L. Wright Allen found that allowing same-sex marriage, like abolishing slavery and extending suffrage to women, was part of American’s ongoing expansion of constitutional rights to people who had been unjustly excluded. In her words, “We have arrived upon another moment in history when We the People becomes more inclusive, and our freedom more perfect.”

Below is an excerpt from her opinion:

The plaintiffs [two same-sex couples] ask for nothing more than to exercise a right that is enjoyed by the vast majority of Virginia’s adult citizens. They seek simply the same right that is currently enjoyed by heterosexual individuals: the right to make a public commitment to form an exclusive relationship and create a family with a partner with whom the person shares an intimate and sustaining emotional bond. This right is deeply rooted in the nation’s history and implicit in the concept of ordered liberty because it protects an individual’s ability to make deeply personal choices about love and family free from government interference.

Virginia’s Marriage Laws impose a condition on this exercise. These laws limit the fundamental right to marry to only those Virginia citizens willing to choose a member of the opposite gender for a spouse. These laws interject profound government interference into one of the most personal choices a person makes…

Gay and lesbian individuals share the same capacity as heterosexual individuals to form, preserve and celebrate loving, intimate and lasting relationships. Such relationships are created through the exercise of sacred, personal choices—choices, like the choices made by every other citizen, that must be free from unwarranted government interference…

Ultimately, this is consistent with our nation’s traditions of freedom. [According to United States v. Virginia:] “The history of our Constitution is the story of the extension of constitutional rights and protections to people once ignored or excluded.” Our nation’s uneven but dogged journey toward truer and more meaningful freedoms for our citizens has brought us continually to a deeper understanding of the first three words in our Constitution: We the people. “We the People” have become a broader, more diverse family than once imagined.

Justice has often been forged from fires of indignities and prejudices suffered. Our triumphs that celebrate the freedom of choice are hallowed. We have arrived upon another moment in history when We the People becomes more inclusive, and our freedom more perfect….

Almost one hundred and fifty four years ago, as Abraham Lincoln approached the cataclysmic rending of our nation over a struggle for other freedoms, a rending that would take his life and the lives of hundreds of thousands of others, he wrote these words: “It can not have failed to strike you that these men ask for just. . . the same thing—fairness, and fairness only. This, so far as in my power, they, and all others, shall have. “

The men and women, and the children too, whose voices join in noble harmony with Plaintiffs today, also ask for fairness, and fairness only. This, so far as it is in this Court’s power, they and all others shall have.

Wright Allen—whose ruling is stayed pending appeal—also addressed arguments from Virginia officials that gay marriage broke with tradition. “Tradition is revered in the Commonwealth, and often rightly so,” she wrote. “However, tradition alone cannot justify denying same-sex couples the right to marry any more than it could justify Virginia’s ban on interracial marriage.”

The Virginia case now joins the Oklahoma and Utah cases in the race to the Supreme Court, which may have the final word on the constitutionality of same-sex marriage bans.