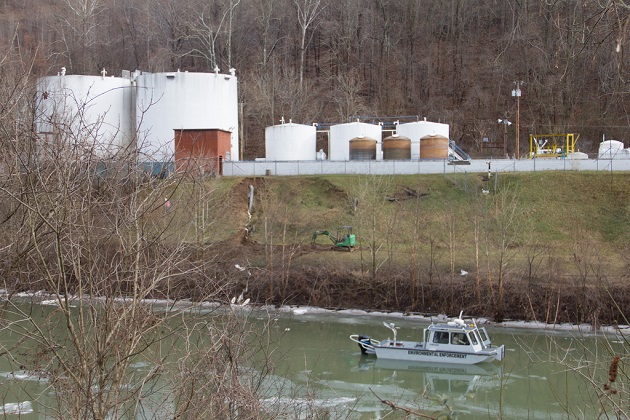 The West Virginia chemical spill that left some 300,000 people without access to water has exposed a gaping hole in the country’s chemical regulatory system, according to environmental experts.

Much the state remains under a drinking-water advisory after the spill last week into the Elk River near a water treatment facility. As much as 7,500 gallons of the chemical 4-methylcyclohexane methanol, which is used in the washing of coal, leaked from a tank owned by a company called Freedom Industries.

A rush on bottled water ensued, leading to empty store shelves and emergency water delivery operations. According to news reports, 10 people were hospitalized following the leak, but none in serious condition.

The spill and ensuing drinking water shortage have drawn attention to a very lax system governing the use of chemicals, according to Richard Denison, a senior scientist at the Environmental Defense Fund who specializes in chemical regulation. “Here we have a situation where we suddenly have a spill of a chemical, and little or no information is available on that chemical,” says Denison. 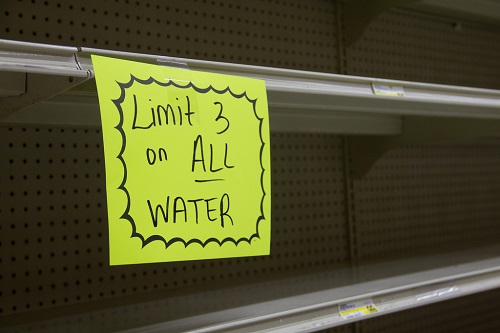 The problem is not necessarily that 4-methylcyclohexane methanol, or MCHM, is highly toxic. Rather, Denison says, the problem is that not a great deal about its toxicity is known. Denison has managed to track down a description of one 1990 study, conducted by manufacturer Eastman Chemical, which identified a highly lethal dose, in rats, of 825 milligrams per kilogram of body weight. But how that applies to humans at much lower doses in water isn’t necessarily clear.

In response to the crisis, the Centers for Disease Control and Prevention and the Environmental Protection Agency have determined that a level of 1 part per million in water is safe. The drinking water advisory is now slowly being lifted on an area-by-area basis.

So why do we know so little? All of this traces back to the 1976 Toxic Substances Control Act, or TSCA, the law under which the Environmental Protection Agency regulates the production of chemicals. According to EPA spokeswoman Alisha Johnson, MCHM is one of a large group of chemicals that were already in use when the law was passed, and so were “grandfathered” under it. This situation “provided EPA with very limited ability to require testing on those existing chemicals to determine if they are safe,” she says.

There are more than 60,000 such grandfathered chemicals, according to Johnson. A leak involving any of them into water could trigger to a similar situation of uncertainty—meaning that this spill has served to underscore a major gap in how we regulate chemicals.

“What we have now is a situation where because our system, our policies, and regulations don’t require this information be developed, we’re left scrambling when something like this happens,” says Denison.