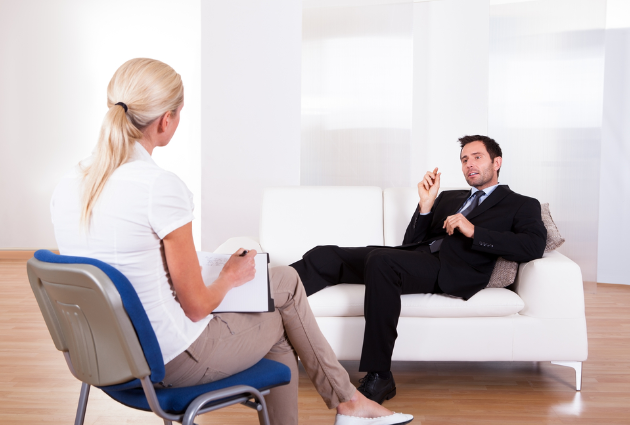 Last week, billionaire investor Tom Perkins of the venture capital firm Kleiner Perkins Caufield & Byers sent a letter to the editor of The Wall Street Journal likening criticism of the 1 percent to Nazi attacks on the Jews. He’s not an outlier. As Paul Krugman pointed out on Sunday, the rich have been lamenting the “demonizing” and “vilifying” of the 1 percent for years. “I…suspect that today’s Masters of the Universe are insecure about the nature of their success,” Krugman wrote. But the wealthy are not just afraid of losing their money to an angry middle class. Class warfare also makes the rich uncomfortable because they worry the non-rich are judging their character and personality by how much money they have, according to therapists who counsel the rich.

“I think that with Occupy Wall Street there was a sense of the heat getting turned up and a feeling of vilification and potential danger,” Jamie Traeger-Muney, a psychologist who counsels people who earn tens of millions of dollars a year, told Politico on Thursday. “There is a worry among our clients that they are being judged and people are making assumptions about who they are based on their wealth.”

In 2012, Mother Jones reported on how banks, including Wells Fargo and Morgan Stanley, are increasingly hiring psychotherapists like Traeger-Muney to help their extremely wealthy clients deal with the complications that come with being extremely wealthy. Here’s a bit more of what wealth therapists can tell us about how the rich may be feeling right now:

Although wealth counseling has existed for years, the 2008 financial crisis really sent the aristocracy sprinting for the therapist’s chair. The 2010 Capgemini/Merrill Lynch World Wealth Report, a survey that takes the pulse of zillionaires around the world, found that after the crisis, spooked clients were demanding “specialized advice.” Financial advisers must “truly understand the emotional aspects of client behavior,” the report warned…

“Any time there’s an outside focus on wealth,” it’s not fun for the wealthy, [Traeger-Muney] says. Heirs, she adds, have it the worst: “They feel like they’re in this 1 percent position. They get bad press from people who make fun of them. It feels like their worst nightmare coming true: the idea that they’re now responsible for other people’s unhappiness and lack of wealth, when they didn’t ask for [their millions].”

Ultimately, having lots of money shouldn’t be cause for alarm. “There’s a difference between money causing problems and a lack of ability to explore feelings around money,” Traeger-Muney says. “That’s what leads to psychological issues.” She just tries to get her clients to acknowledge the fact that they’re rolling in dough and learn how to enjoy it. “What would life be like if they didn’t have any restraints and could really create what they wanted?”