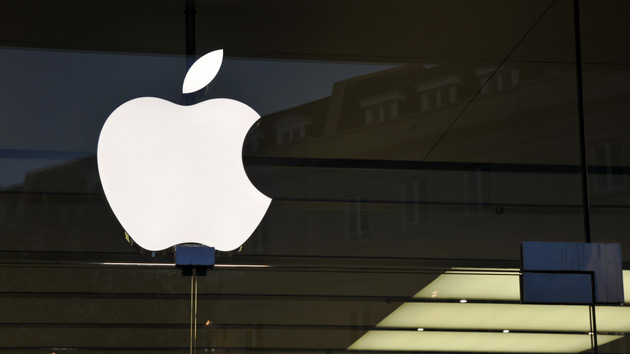 On Sunday, a coalition of over 15 Russian LGBT organizations encouraged Apple to avoid business dealings with Euroset, the largest phone retailer in Russia, whose creative director gained recent notoriety for wanting to shove all gay people “alive into an oven.”

Ivan Okhlobystin, who stars on a Scrubs-like sitcom in addition to working for Euroset, also compared homosexuality to fascism and declared it an “overt sign of mental abnormality” at a “spiritual talk” in Novosibirsk last month. He later confirmed his comments on Twitter, suggesting his anti-gay stance would draw customers to Euroset stores for a “good mood.”

In an open letter to Apple CEO Tim Cook dated January 5, the LGBT rights coalition emphasized the dangerous potential of hate speech in an already volatile environment: “[Okhlobystin’s] statements have been enthusiastically published by the Kremlin’s propaganda press and distributed across entire Russia just adding additional fuel to the rampant homophobic campaign that already resulted in at least 26 murders and countless hate crimes against Russian LGBT population [sic].”

The letter calls on Cook to “set Apple as an example of a corporate citizen who supports basic human rights.”

Activists are turning to Western suppliers like Apple after getting little response from Okhlobystin’s employer. Six LGBT rights organizations wrote to Euroset President Alexander Malis on December 26, asking him to “clarify how [Okhlobystin’s] views are aligned with the values and principals of Euroset company, and to make a statement on inadmissibility of bullying and violence based on prejudice.”

Malis told Russian newspaper Izvestia that “Ivan expressed his personal opinion, and we will not fire him for that. Of course, we are against burning anyone in furnaces.”

The coalition plans to reach out to other Western mobile phone companies doing business with Euroset. Current suppliers for the company include Google and Samsung.

Apple has not yet responded to a request for comment on its relationship with Euroset or its plans for addressing the letter’s concerns. In September, the two companies were negotiating iPhone sales, and in late October, Euroset began selling iPhones in some of its Russian stores.

Read the coalition’s full letter below: 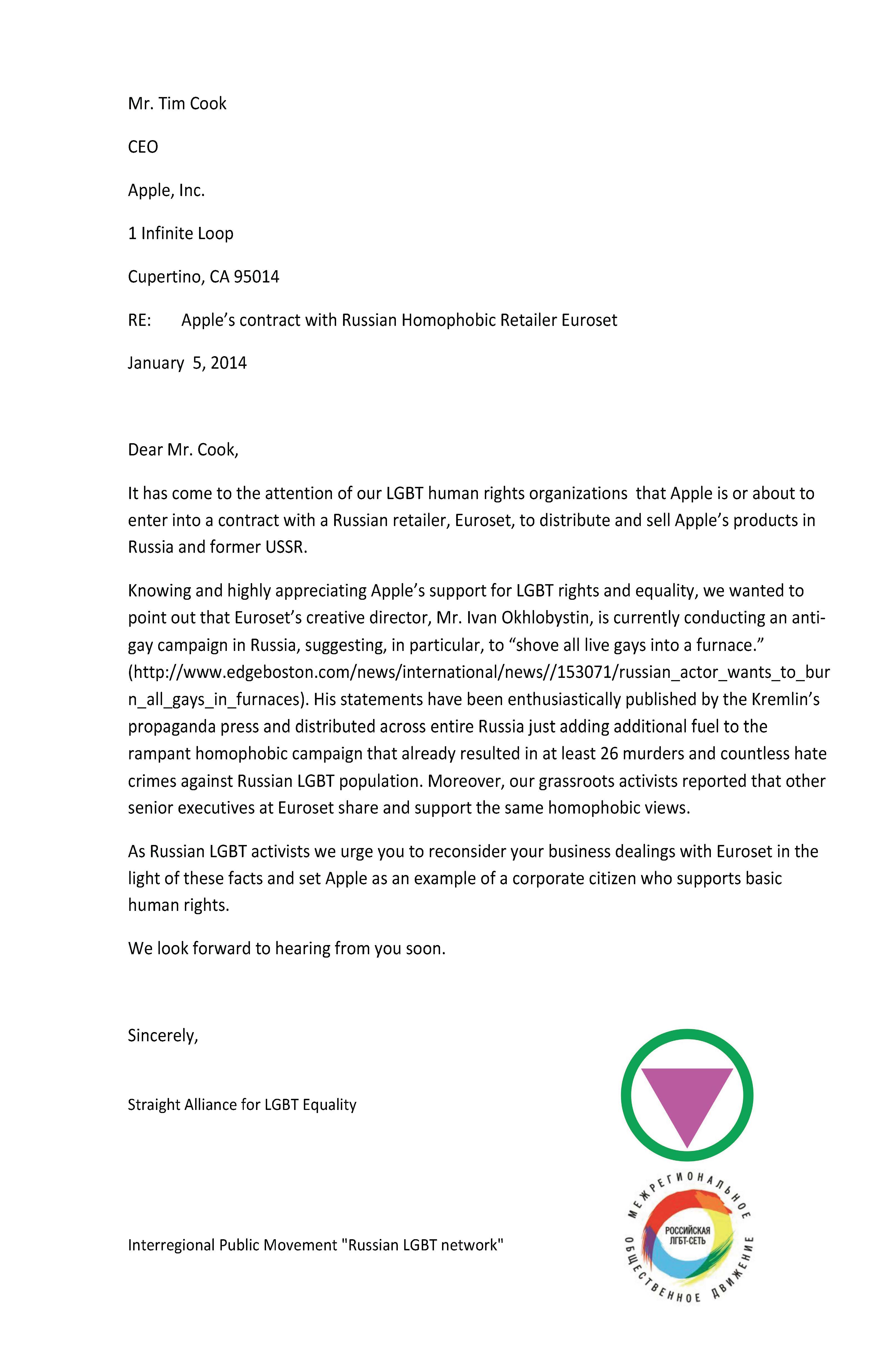