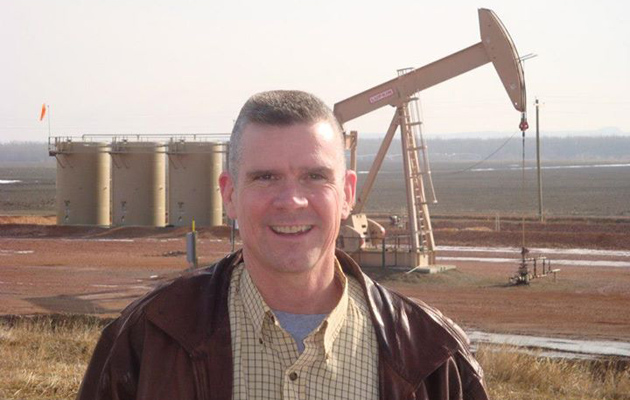 A Montana Republican congressional candidate attended a December seminar featuring a speaker who argues that environmentalists are “domestic terrorists” and that a small group of bankers led by the Rockefellers and the Rothschilds—a Jewish family long targeted by conspiracy theorists—secretly control global politics. Sponsored by a conservative group called Defend Rural America, the event was attended by a handful of Republican legislators, including state Sen. Matt Rosendale, who last fall launched a campaign for the state’s open House seat, and state Sen. Jennifer Fielder, the vice-chairwoman of the Montana Republican party. Rosendale is one of four Republican candidates vying to replace Rep. Steve Daines (R-Mont.), who is running for Senate.

The event’s main speaker was Defend Rural America’s founder Kirk MacKenzie, a former Ross Perot campaign aide who since 2011 has traveled the Mountain West giving a two-hour presentation on how the federal government and international bodies are trampling over the rights of locals—and how to fight back. Rosendale’s attendance was first reported by the Missoula Independent.

Rosendale, a first-term Republican, told Mother Jones he disagrees with MacKenzie’s statements about bankers and environmentalists. “I don’t believe that using inflammatory rhetoric on either side of a debate is productive,” he said in an email. “I try to use, and furthermore, strive to focus on the actual facts surrounding and impacting any issue.” Still, Rosendale thinks there’s a larger truth to MacKenzie’s message: “[I]t is critical for the United States to maintain our sovereignty and not surrender it to any other entity.” Rosendale is not considered the front-runner in the race, but no polls have been conducted of the current field of declared candidates.

Defend Rural America got its start two years ago when it pushed for the preservation of four dams in Northern California that were being targeted in an attempt to restore the Klamath River salmon population. DRA succeeded, and the participating counties later launched an effort to break away from the rest of California and form a new state. But MacKenzie claims to offer dissatisfied conservatives an alternative to secession, allowing them to undo federal gains by claiming jurisdiction over local lands.

State sovereignty is a major issue in Montana, where county sheriffs have pronounced themselves outside the bounds of federal gun control laws and even the former Democratic governor once filmed himself blasting government ID cards with a shotgun. But what MacKenzie is selling goes much deeper.

He argues the 16th Amendment establishing the income tax is illegitimate. (As proof, he cites the work of Red Beckman, a conspiracy theorist who wrote a book arguing that the Holocaust was God’s judgment against the Jews and who believes the New World Order controls global policy.) MacKenzie also contends that global warming is a “fraud” that has been “completely debunked,” citing the testimony of Lord Christopher Monckton, a British political activist who claims President Obama’s birth certificate is a forgery.

According to MacKenzie, the Endangered Species Act is a “fraud,” too. He insists the purportedly threatened spotted owl isn’t even a real species. And he blames recent federal power grabs in rural America on a sinister international agreement called Agenda 21. MacKenzie and others argue that “sustainable development” is a United Nations ruse to usher in a new global government.

Behind the increased federal involvement in Western lands, MacKenzie argues, is a sinister group of international bankers. MacKenzie did not specifically cite the Rockefellers and Rothschilds at the Montana event, but told attendees to watch his other training session videos for more information on bankers’ motives. At another presentation, he quoted two members of France’s Rothschild family, and told attendees that the Rockefellers were the driving force behind Agenda 21. A blurb for his economics book, Follow the Money, brags that it “concisely brings alive the war that is taking place for control of the world between representative governments, on the one hand, and a handful of international banking families on the other.” Elsewhere, he touts a document that purports to show “how the Rockefellers assimilated the emerging environmental conscientiousness into their plans for world government and centralized control.”

You can watch a video of his presentation here:

The Montana GOP field is still unsettled, with the primary six months away and the political establishment fixated on the open Senate race. Former state Sen. Corey Stapleton, who ran for governor last year and lost in the primary, and state Sen. Ryan Zinke, who briefly ran for lieutenant governor on the ticket of international man of mystery Neil Livingstone, have both launched campaigns. And Elsie Arntzen, a state representative, has said she would enter the race after the holidays but has yet to set up even a fundraising page.