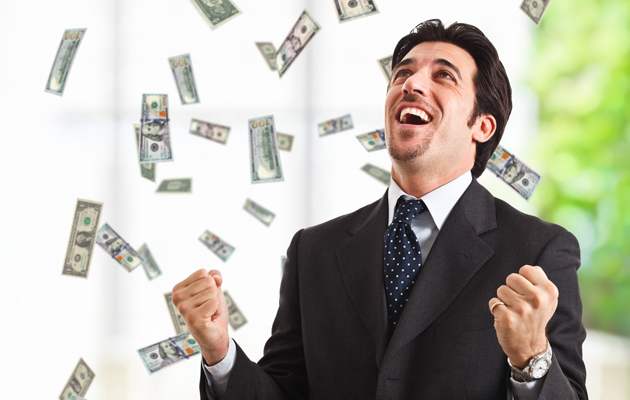 Congress rushed to pass a 1,524-page bill last week that funds government agencies for 2014. The bill—which President Obama signed into law last Friday—is full of minor measures that were slipped in to appease various members, but one small section could upend the Internal Revenue Service’s ability to regulate political organizations hoping to become nonprofits. Tacked on as a symbolic effort to mollify conservatives’ anti-IRS mania, the text is so overly vague that it could mean the dissolution of long-standing rules. Or nothing at all. No one’s really sure.

“It’s really hard to know if this is clever or just abysmal drafting,” says Frances Hill, a tax law professor at the University of Miami School of Law.

Marcus Owens, who spent a decade as director of the IRS’s Exempt Organizations Division, is worried, though. “Just taken on its face,” he says, “it would make it very difficult for all forms of tax-exempt organizations [to be stopped] from engaging in explicit political activity, excessive lobbying activity, [and] commercial speech.”

“The provision doesn’t really make much sense as it’s written,” says Donald Tobin, a tax law professor at Ohio State University’s law school, “so its hard to tell what it means.”

The relevant section is buried on page 439 of the gigantic bill. Just nine lines long and 68 words, the two clauses say money designated for the IRS cannot be used to “target citizens of the United States for exercising any right guaranteed under the first Amendment” or to target “groups for regulatory scrutiny based on their ideological beliefs.”

The section is a clear response to the IRS scandal from 2013. Conservatives were outraged that the agency flagged groups with “tea party” or “patriot” in their names for extra scrutiny. It wasn’t a political vendetta—progressive groups with “occupy” in their name also garnered closer investigation before their applications were approved—just a means to sort through an onslaught of applications before the 2010 election. Nevertheless, Congress slipped in this measure as what seems like a nudge to the agency and a reminder that IRS agents shouldn’t single out political groups of a certain ideological stripe. Staff from the Senate Appropriations Committee—where at least part of the language appears to have originated—didn’t respond to requests for clarification about the intention of the new law.

Except the mild critique is poorly written. All of the tax experts reached by Mother Jones were mystified by the use of the word “target,” an unusual term to be applied to the IRS. “I’m not even sure what targeting means,” Owens says. “Each taxpayer has its own set of circumstances—simply because they’re not all cookie-cutter—and the IRS has to analyze the tax law as it applies to particular facts and circumstances. It can’t literally treat everybody the same. It has to make distinctions.”

Owens, who oversaw the section charged with assessing nonprofit applications when he was at the IRS, singled out two types of tax-exempt organizations as possible problem areas under the new law: 501(c)(3)s and 501(c)(4)s. These designations encompass a wide swath of what most people think of as nonprofits: social-welfare organizations, religious institutions, even media companies (such as Mother Jones). But this sector has also seen an explosion of groups whose general mission is to sway politics, ranging from think tanks to campaign organizations that run issue ads. These are the dark-money groups who hide their donors following Citizens United, the 2010 Supreme Court case that opened the floodgates to unlimited campaign spending.

The IRS currently says 501(c)(3)s can’t engage in any direct political activity, and 501(c)(4)s can’t spend more than 50 percent of their budget on politics. According to Owens, the new law could uproot these rules, because the IRS must judge groups based on their speech and the expression of their ideological beliefs to enforce them. “It could have some rather dramatic implications,” he says, “including that charities would be essentially free to engage in pretty much any kind of speech that they deem fit.”

It will all depend on how regulators, courts, and lawyers interpret the new language. A narrow read might be the more reasonable option, treating this simply as a measure that prevents the IRS from executing political vendettas. But any time Congress leaves open a loophole, someone is sure to challenge it. That lack of clarity will leave the IRS vulnerable to legal challenges.

Matthew Journy, a DC lawyer who represents nonprofits seeking tax-exempt status, says he could see himself filing claims based on this provision. “Every client I have ever worked with, possibly every taxpayer ever examined by the IRS, has felt that they are unfairly targeted,” he says. “Fairness isn’t really a concern for the IRS.” Per past precedent, the IRS doesn’t need to explain its motivation when investigating an individual or group. Tax courts don’t care whether the IRS had a vendetta against you personally, just whether the facts presented offering a compelling case. Now, lawyers like Journy can raise suspicion about the IRS’s intentions in opening a case.

But Journy worries these new provisions could have their largest impact outside the courtroom. “The way this will be used most effectively is to bully the IRS into closing an examination on more favorable terms,” he says. Petitioners to the IRS—an agency still stinging from PR damage of last year’s drummed up scandal—will be able to cite these new provisions to claim that they have been unjustly targeted for their beliefs if the IRS delays approving their application.

It’s no surprise that a questionable measure slipped through the cracks in this new law. The bill was fast-tracked, with members of Congress granting it less scrutiny than usual for such a massive piece of legislation—they needed to get a spending bill completed by the weekend or else the government would shut down. The text for it wasn’t released until 8 p.m. last Monday night, by Wednesday afternoon it had passed the House, the Senate cleared it Thursday evening, and Obama signed it on Friday. “Frankly, if we had time, I would allow, I would like to have more time,” House Speaker John Boehner said. “We’re in a situation where the government is in fact going to run out of money.”

Amidst that rush these small anti-IRS rules, probably intended just as empty rhetoric, slipped through to carry the weight of enforceable law. “It’s the sort of language,” says Owens, “that seems to be what we get a lot from Congress these days: nonsense.”