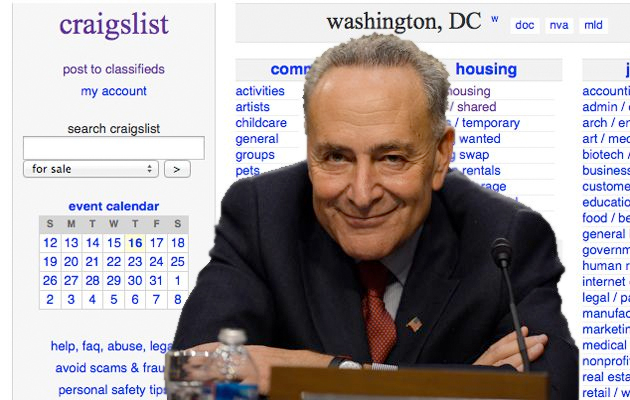 Come live in the OMEGA HOUSE! One of our roommates left to start a pot dispensary and another is quitting his job and now we might need a housemate.

THE PLACE: $800/mo. plus utilities for one room in a two bedroom row house on Capitol Hill. Short walk to Union Station, Capitol South Metro, Johnny’s Half Shell, Charlie Palmer, and Bistro Bis. You’d take the larger upstairs bedroom and share a bathroom with two other roommates. Vintage ’70s record collection. Newish big-screen TV in the living room, which doubles as a bedroom. Place is occasionally a little messy but not unkempt. (Semi-kempt?) Peeling paint on the walls adds a rustic touch. Mostly functioning kitchen. Stove has a giant hole in it, on account of the rats. I was told not to talk to you about the rats, but frankly, that’s the kind of petty brinkmanship that the American people are sick and tired of. We’re in the solutions business. Real solutions that can bring real change and improve the lives of real people. Dick, the other roommate, is pretty good at killing rats.

THE ROOMMATES: Current occupants are three laid-back government workers in our sixties. We hold pretty busy lives and aren’t around the house too often. Not looking for a best friend, but someone we can have an occasional bowl of cereal with. (We eat a shit-ton of cereal. Come to think of it, maybe that explains the rats.) We’re fairly tolerant people, but it’s a small house so we ask that you avoid certain kinds of destructive behavior, such as drug use, smoking, and metal-bristle grill brushes.

Looking to show the place ASAP.