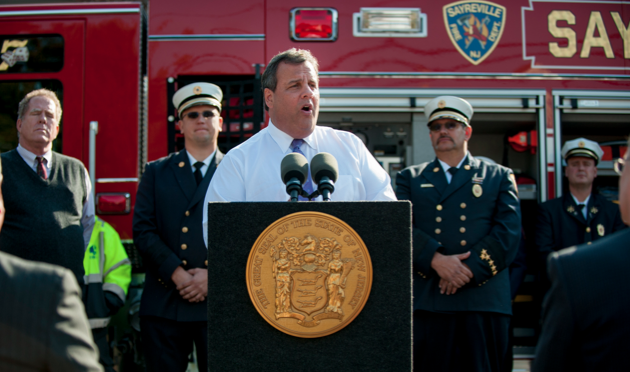 Calling the messages “astonishing” and “unconscionable,” members of the Fort Lee borough council described the mid-September traffic disaster, caused when the Port Authority of New York and New Jersey unexpectedly closed two of the town’s access lanes to the George Washington Bridge, as having dire consequences.

“There was a missing child that day. The police had trouble conducting that search because they were tied up directing traffic,” says Jan Goldberg, a Fort Lee councilman who works with local emergency personnel. Police found the missing child, a four-year-old. “But with the streets in the condition they were, I would venture to say that the search took longer,” Goldberg says.

Ila Kasofsky, a Fort Lee councilwoman, tells Mother Jones that ambulances and other emergency vehicles could not get through the gridlock. In the aftermath of the lane closures, Kasofsky says she spoke with a Fort Lee resident who couldn’t get over the bridge to support her husband through major surgery. Another Fort Lee woman was unable to pick up her son after his dialysis session.

Police Chief Keith Bendul cited these problems when he spoke to New Jersey press in September. “On Monday, while all this was going on, we had to contend with a missing four-year-old, a cardiac arrest requiring an ambulance, and a car running up against a building,” he said. “What would happen if there was a very serious accident?”

Christie aides appear to have considered the potential public safety ramifications of the traffic jam. In one exchange released on Wednesday, Port Authority appointee David Wildstein waved away complaints from the Fort Lee mayor that school buses filled with children were stuck in traffic. “Bottom line is he didn’t say safety,” Wildstein wrote.

Goldberg called the messages revealed on Wednesday “outrageous,” saying, “It’s unimaginable that they could stoop to that level.”

“I was furious,” adds Kasofsky. “To affect the lives of thousands and thousands of people, their safety, their basic quality of life—how could anybody do such a horrible thing?”