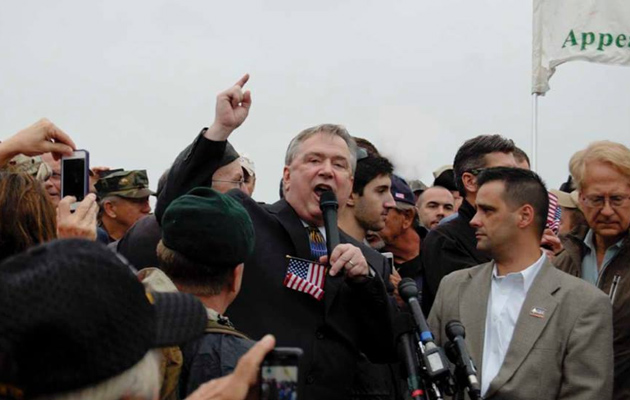 Rep. Steve Stockman (R-Texas), the weirdest member of a Congress that also includes a Santa-impersonating reindeer herder and this guy, is challenging Sen. Cornyn (R-Texas) in next year’s US Senate primary. In an interview with WorldNetDaily, a birther website that once reported that President Obama had perhaps hidden his gay life in order to run for president, Stockman explained that he was entering the race—just before the filing deadline—because Cornyn had “undermined (Sen.) Ted Cruz’s fight against Obamacare” and was guilty of “stabbing fellow Republicans in the back.”

If his very short career in Washington is any indication, Stockman will at least give us a reason to tune in. Some highlights from his second term in Congress:

And that was just his second act. As I reported last January, Stockman has mellowed some since the days when he was caught smuggling 30 mg of valium into jail by hiding it in his underwear. Or the time he showed up at the airport to go to his sister’s wedding wearing nothing but a speedo. Or the time he publicly fretted that his interest in ceramics would cause voters to “think I’m a fag.” But if Stockman can’t beat Cornyn, he’ll have to wait a while to get back to Washington; by Texas law, he can’t run for re-election and seek a Senate seat at the same time.