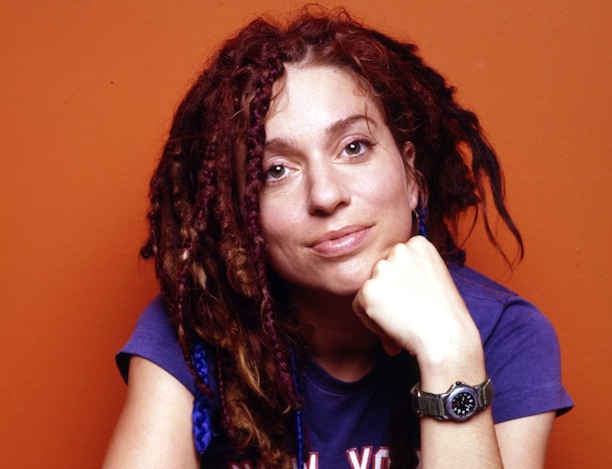 In a banner year for non-apology apologies, singer-songwriter Ani DiFranco non-apologized this weekend for renting out an old Louisiana slave plantation to host a songwriting workshop. The event, now canceled, was billed as a “Righteous Retreat” and charged attendees $1,000 to sleep in a tent for four nights and learn about “developing one’s singular creativity” while DiFranco and her friends led jam sessions. The “captivating setting” was to be Nottoway Plantation and Resort in White Castle, Louisiana, a 64-room, 53,000-square-foot antebellum mansion and sugar plantation whose website has this to say about the plantation master:

“Considering his slaves to be valuable tools in the operation of his business, John Randolph provided the necessary care to keep them in good health. He understood the importance of hygiene in controlling the spread of illnesses and disease, so he provided a bathhouse where slaves could bathe daily if they wished…Ever the astute businessman, Randolph knew that in order to maintain a willing workforce, it was necessary to provide not only for his slaves’ basic needs for housing, food and medicine, but to also offer additional compensation and rewards when their work was especially productive… It is difficult to accurately assess the treatment of Randolph’s slaves; however, various records indicate that they were probably well treated for the time.”

The website also notes that Randolph’s “willing workforce” was comprised of 155 slaves quartered in 42 slave houses in 1860, making Nottoway “one of the largest plantations in the South, at a time when most owners possessed fewer than 20 slaves.”

On Saturday, a group of black feminists on Twitter took notice, and the hashtag #AniDiFrancoRetreatIdeas was born:

The event’s Facebook page filled up with outraged comments, some noting that the building’s current owner is a right-wing Australian billionaire who gave hundreds of thousands to help elect a prime minister who considers abortion “the easy way out,” homelessness a choice, and doesn’t want his daughters vaccinated against cervical cancer.

Yesterday, DiFranco posted an announcement to her label’s blog canceling the event, and apologizing largely by way of excusing herself from blame, chiding those who’d gotten upset, and lamenting lost opportunities for “healing the wounds of history:”

“when i agreed to do a retreat…i did not know the exact location it was to be held. when i found out it was to be held at a resort on a former plantation, I thought to myself, “whoa”, but i did not imagine or understand that the setting of a plantation would trigger such collective outrage or result in so much high velocity bitterness…i know that pain is stored in places where great social ills have occurred. i believe that people must go to those places with awareness and with compassionate energy and meditate on what has happened and absorb some of the reverberating pain with their attention and their awareness. i believe that compassionate energy is transformative and necessary for healing the wounds of history…if nottoway is simply not an acceptable place for me to go and try to do my work in the eyes of many, then let me just concede before more divisive words are spilled.”

I spent many a dorm room night with Ani on full blast on the stereo (at Bryn Mawr, the DiFranco discography was practically a major) and she’s nowhere near the likes of Richard Cohen and Paula Deen when it comes to obliviousness over history’s injustices. But is it really such a huge step from “whoa” to “no” when a brochure for  Nottoway Plantation and Resort lands on your desk?