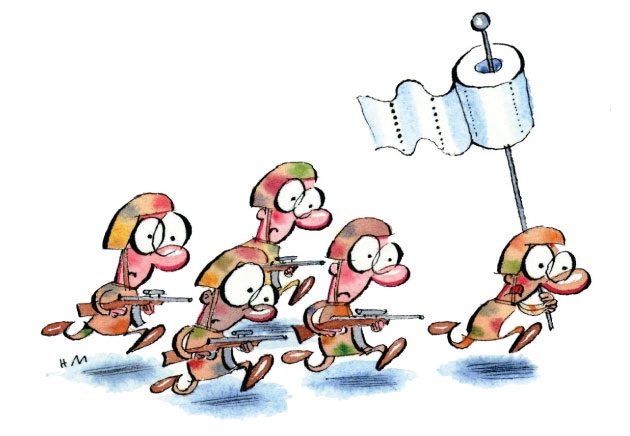 They say that an army marches on its stomach, but another measure of a military’s power may be how it protects its rear. The prospect of running out of government-issued TP has become a talking point against trimming defense spending. Former Undersecretary of the Navy Robert Work cautioned that if sequestration was allowed to continue, “we will go back to 1975 where I’m buying toilet paper for my Marines.” Former Rep. Allen West (R-Fla.) warned of the bad old days before 9/11 when “we did not have enough money to get toilet paper for some of our soldiers.” So far, budget austerity does not appear to have seriously affected strategic toilet paper reserves, though the Air Force Academy went into a temporary holding pattern when its tissue procurer was furloughed. 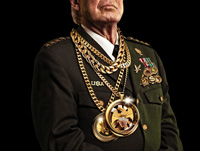 Click here for more on the Pentagon’s bottom line.

Just how much TP the military goes through is a bureaucratic enigma. (Grunts in Vietnam were reportedly issued 19 squares a day.) According to contracting data, the Pentagon bought an average of $2 million worth of “toiletry paper products” annually between 2000 and 2010. Yet that figure jumped to $130 million in 2012. A closer look at the numbers reveals about $58 million of paper products you might conceivably wipe with, plus a ton of padding—including $2.7 million of lightbulbs and $9.6 million of canning supplies. Let’s just chalk up those to the Pentagon’s infamously sloppy accounting system.

So who is getting flush on the military’s bathroom budget? In 2012, the Pentagon’s—and the government’s—biggest vendor of toiletry paper products was Georgia-Pacific, a.k.a. Koch Industries.