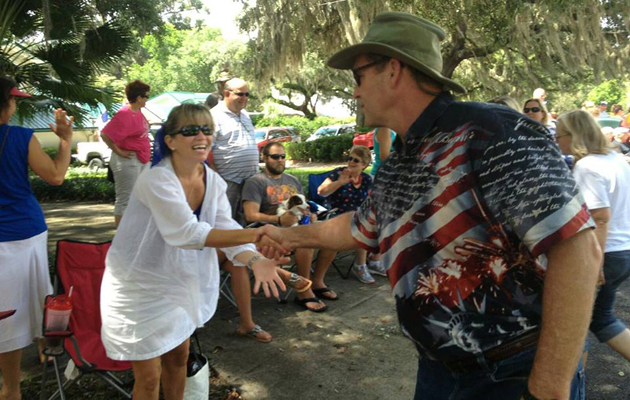 In his first year in Washington, Rep. Ted Yoho (R-Fla.) has distinguished himself by suggesting that President Barack Obama was not born in the United States and arguing that an unprecedented default would be good for the global economy because “the creditors that we owe money to around the world would say, ‘You know what, they’re getting their house in order.'” (Eds. note: They wouldn’t say that.) Now he has a new plan: Impeach Attorney General Eric Holder over the Bureau of Alcohol, Tobacco, Firearms, and Explosives’ disastrous Fast and Furious “gun-walking” program. Holder has already been formally censured by the House, but according to Yoho, a group of Republican congressmen wants to take the next step. If he and his allies were to succeed—and they won’t—it would make it the the second time in US history that a cabinet member was impeached, and the first since 1876. Per Politico:

“It’s to get him out of office — impeachment,” Yoho said, according to the Gainesville Sun, adding “it will probably be when we get back in [Washington]. It will be before the end of the year. This will go to the speaker and the speaker will decide if it comes up or not.”

Yoho cited frustration over the botched “Fast and Furious” program – in which federal agents allowed guns to “walk” to Mexican drug cartels as part of an investigation – as one of the main motivations for the impeachment push. That sting operation failed, and weapons tied to the Fast and Furious program were found at the shooting scene when a Border Patrol agent was killed in Dec. 2010.

As the young people say these days: #YOHO.