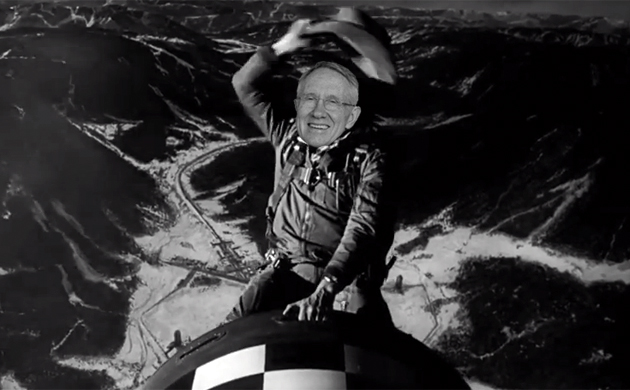 Senate Majority Leader Harry Reid and his fellow Democrats changed the Senate’s rules Thursday, freeing President Barack Obama to staff his administration with the people he wants and fill the federal bench with judges of his choosing.

There are 100 senators, and winning a simple majority (51 senators, or 50 if the vice president votes to break a tie) was once sufficient to confirm presidential nominees and pass legislation. But over the past several decades, both parties have increasingly used the filibuster—a procedural move that requires 60 senators to end debate and force a vote—to block the other side’s agenda. Since 2009, when Obama took office, Senate Republicans have used constant filibuster threats to force Democrats to win 60 votes to do almost anything. On Thursday, Democrats finally decided they’d had enough, and changed the rules. In the future, executive-branch and judicial nominees will be subject to simple up-or-down majority votes. But the filibuster lives on partially: Legislation and Supreme Court nominees will still be subject to filibusters.

The filibuster has bedeviled Democrats ever since Obama took office. A world without the filibuster would include major pieces of progressive legislation: The Affordable Care Act would have a single-payer option, the stimulus act would have been much larger, and gun control would have passed the Senate. The Senate might have even managed to pass a version of a cap-and-trade climate change mitigation bill in 2010 if it hadn’t been for the filibuster. Despite this constant obstruction, Democrats were timid, afraid to upend Senate tradition.

Then, over the past several months, a fight over nominees to a little-known but influential court pushed Reid to finally change the rules.

The United States Court of Appeals for the District of Columbia Circuit is the second most powerful court in the country. Obama has nominated four judges to fill vacancies on the court, but Republicans have blocked them all, arguing that the court doesn’t need any extra judges (one of Obama’s nominees has since withdrawn from consideration). Sen. Chuck Grassley (R-Iowa*) introduced a bill to reduce the number of slots on the DC court. It’s a bit rich; Republicans had no objections to the size of the court when George W. Bush was president, and no one imagines they’d raise the same complaints if Mitt Romney had won in 2012.

The real reason Democrats were so eager to confirm Obama’s DC Circuit nominees, and Republicans were so desperate to block them, is that the court’s current conservative majority has repeatedly blocked the president’s agenda. Since most of the federal bureaucracy resides in DC, the DC Circuit is tasked with assessing the constitutionality of federal rules and regulations. Conservatives on the court have neutered much of Dodd-Frank, the post-recession financial reform bill that was meant to keep banks in check. The court also overturned Obama’s ability to appoint staff while Congress is out of town and struck down state environmental rules that would have regulated emissions from other states.

The DC Circuit is also known as a feeder for the Supreme Court. Chief Justice John Roberts once sat on the DC Circuit, as did Justices Atonin Scalia, Clarence Thomas, and Ruth Bader Ginsburg. Bill Clinton nominated future Supreme Court Justice Elena Kagan to the DC court in 1999, but her nomination stalled in committee and she withdrew her name.

As Kagan’s case indicates, it’s not unheard of for a president’s nominee not to make it onto the court. Democrats filibustered Miguel Estrada, a George W. Bush nominee who had been touted as a future Supreme Court justice.

There’s a different quality to the latest string of filibusters. Democrats objected to Estrada’s conservative views, not the concept of Bush appointing judges. The current batch of Senate Republicans have gone a step further, blocking any person Obama nominates to the DC court, regardless of the nominee’s merits. Patricia Millett, one of Obama’s nominees for the DC Circuit, has been endorsed by a wide-ranging coalition that includes Ken Starr, Ted Olson, and Paul Clement, three Republicans who served as solicitor general, the government’s top litigator. On Thursday afternoon, the Senate voted, 55-43, to move Millet a step closer to confirmation. If Democrats hadn’t changed the rules, the vote would have failed.

Correction: An earlier version of this article incorrectly referred to Sen. Chuck Grassley as a Democrat. He is most assuredly a Republican.