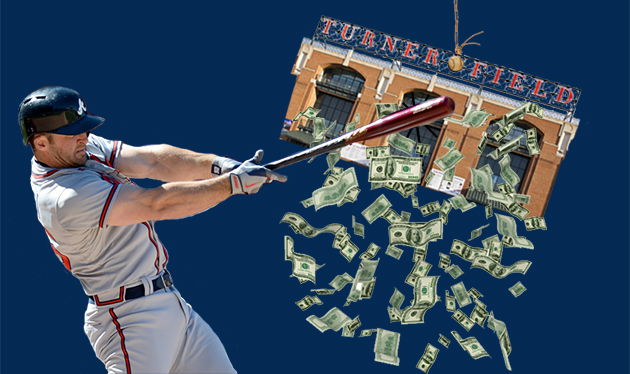 Update (11/14/13): Cobb County announced this morning that it will be contributing $300 million—not $450 million, as was originally reported—to the new stadium plan. This post has been updated to reflect the new figures.

Baseball’s Atlanta Braves are planning to move to suburban Cobb County, Georgia, leaving behind their within-city-limits home of 17 years. “The issue isn’t the Turner Field we play in today, but instead whether or not the venue can remain viable for another 20 to 30 years,” the team wrote on a website explaining the move, essentially conceding that the current stadium is fine—but that it might not be in 30 years.

Although the price has not yet been finalized, reports claim the new stadium will cost $672 million, with $300 million coming from Cobb County (motto: “Low on taxes, big on business“). This is the same Cobb County that faced an $86.4 million school budget shortfall this year, forcing employees to take furloughs. While local officials are hoping a new stadium will eventually pay for itself in local economic impact, such claims are often exaggerated. And a look at some recent stadium boondoggles should be enough to give any municipality—or taxpayer—pause.

Here’s what $300 million in stadium subsidies could mean to folks in Cobb County: 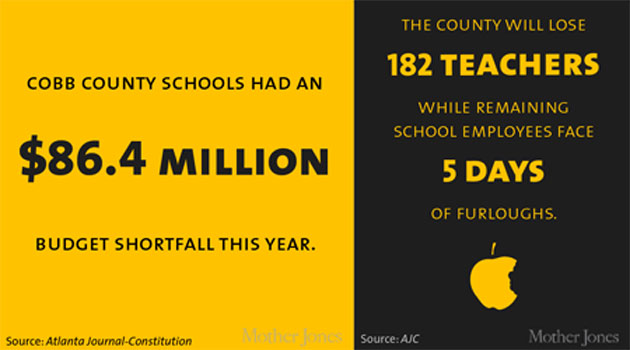 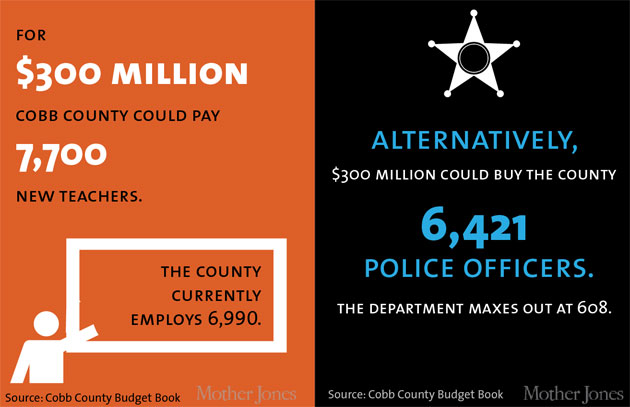