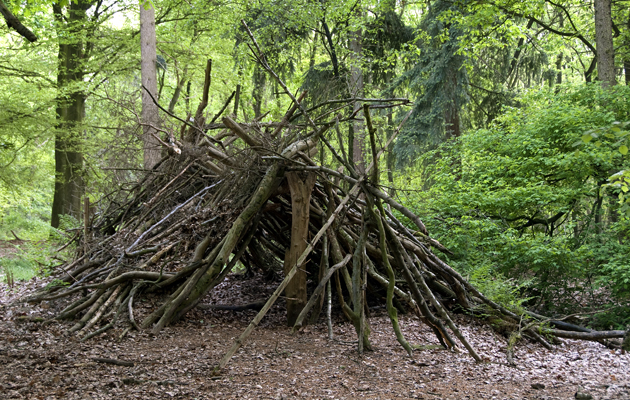 At least someone on the right is taking the debt ceiling seriously: preppers. With the federal government seven days away from reaching its borrowing limit, survivalists—and the $500-million-a-year industry that caters to them—are on high alert, taking to message boards, podcasts, and YouTube to urge their countrymen to stock up on freeze-dried food and ammunition, absent fast congressional action.

Mac Slavo, writing at SHTF Plan, short for the prepper mantra “Shit Hits the Fan,” put it bluntly in a post on October 4: “The end result is going to widespread financial and economy destruction, a meltdown of the U.S. dollar, and a collapse of our very way of life as tens of millions of Americans will be instantly impoverished.”

Secretary of Treasury Jack Lew warned in a letter to Speaker of the House John Boehner (R-Ohio) last month that the United States would reach its debt limit on October 17, after which point it will no longer be able to meet its obligations to foreign creditors. Economists and financial firms have warned that the impact of even a brief delay in raising the ceiling could be disastrous. Alluding to the bank whose collapse set off the 2008 financial crisis, the Daily Beast‘s Daniel Gross argued that a default on payments would be “exponentially worse than Lehman.”

Despite these warnings, Republicans on Capitol Hill have almost unanimously balked at raising the debt ceiling without extracting significant policy concessions from the White House, such as a delay in the implementation of the Affordable Care Act or long-term cuts to entitlement programs. Among some congressional GOPers, default is viewed as a dose of tough medicine. Rep. Ted Yoho (R-Fla.) told the Washington Post the failure of the federal government to pay its creditors “would bring stability to the world markets.”

But preppers, the roughly 2 million Americans who preach self-reliance as a bulwark against breakdowns in the social or economic order, are hunkering down for the long haul. “Fear mongering? I doubt it,” wrote “PJ,” a contributor to the blog Prepper-Resources.com earlier this week. “I’m not sure going down the road of default would bring about much of anything that resembles a positive experience. The next few weeks will be interesting, I’m not sure if we will be able to plow on with the status quo after all of this. Or will we?”

To prepare for the Congress-created crisis, Slavo suggested a series of precautions. “Set aside food in case it is no longer available at grocery stores. Save some gold and silver to utilize as a mechanism of exchange should the dollar crash.” And lastly: “Learn to use a firearm and have ammunition on hand to defend yourself when the masses start fighting for whatever resources remain.” For a glimpse of the worst-case scenario, he pointed to a 2010 statement from prepper economist John Williams, who believed that the collapse of the dollar would soon plunge the United States into chaos and destroy the dollar: “It may take that [a couple months] for a barter system to evolve, which I think is what you’re going to end up with; at least until a new currency system is reorganized and you get a government that’s able to bring its fiscal house into order.”

Preppers are hardly united in how they’re approaching the debt ceiling. Some are simply monitoring the situation. Others are making last-minute preparations in the event that the SHTF on October 17. “I hope everybody’s kind of awake to it,” warned a man who identified himself as NOCO Prepper in a YouTube video posted on October 6. “I wouldn’t be doing any long-term prepper projects…And wrap up if you have some loose odds and ends. Check your bags. Check your gear in case you have to get out of Dodge in case something happens.”

But if long-serving senators like Orrin Hatch (R-Utah) are skeptical of the pronouncements of Jack Lew (not to mention China), preppers are taking him at his word. “Treasury Secretaries are not known for exaggerating or sensationalizing their assessment of our national economy,” warned “Thoreau” at Prep Blog. “So while a Government shutdown has happened several times before, hitting the debt ceiling has never happened before. And if both occur at the same, that would constitute an economic SHTF scenario. It’s not the end of the economy as we know it, but it would be one of those severe disaster scenarios for which preppers prepare.”

If that’s too much to remember, you can just keep the advice of PJ, the Prepper-Resources.com blogger, in mind: “Keep your head on a swivel and keep prepping.” Congress, are you listening?