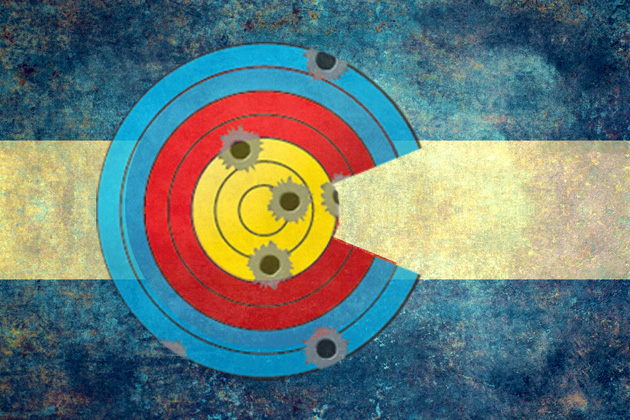 Gun control advocates are officially on notice. On Tuesday, fueled by backlash over a sweeping gun control package that was signed into law last spring, voters in two Colorado districts voted to recall two Democratic state senators, John Morse and Angela Giron, and replace them with anti-gun-control Republicans. Morse and Giron had both supported the state’s new gun safety package, which required background checks for private sales, capped magazine capacity at 15 rounds, and increased fees for gun owners. In the wake of mass shootings at Aurora and Sandy Hook, the legislation was hailed as an unprecedented victory in a notoriously pro-gun state; Tuesday’s result—the first successful recall in state history—can’t be viewed as anything less than a serious setback for that effort and puts even more of a premium on next fall’s elections: Democrats now hold just a one-vote majority in the upper chamber.

After two other recall efforts failed to collect enough signatures, local gun rights activists targeted Giron and Morse, the senate president, despite the initial skepticism of the state’s largest gun rights group. Once the recall campaign became a reality, though, the race was defined by the flood of outside money that poured into the state. The NRA, which backed the recalls from the beginning, pushed at least $362,000 toward defeating Morse and Giron, while the Koch Brothers-backed Americans For Prosperity launched a get-out-the-vote-effort. On the other side, that was nearly matched by New York City mayor Michael Bloomberg, who has pledged to spend $12 million in support of pro-gun-control politicians through his organization, Mayors Against Illegal Guns.

Monday’s recalls are a blunt reminder of the power still wielded by the NRA and grassroots anti-gun-control activists. But it would be a mistake to view it solely as a referendum on gun control. Recall elections are weird—they have lower turnout; different voting demographics; and ask voters to answer a different question than a regular election does. For gun-control advocates going forward, the biggest fear isn’t that background checks and maximum magazine capacities are electoral non-starters. (It certainly hasn’t hurt Barack Obama in Colorado.) It’s that the spigots will turn off. As Giron told the New Republic‘s Alec MacGillis, “For Mayors Against Illegal Guns, if they lose even one of these seats, they might as well fold it up.” We’ll see if Bloomberg et al. stay  on course.