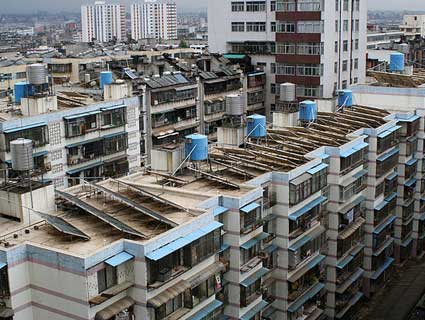 It’s no secret that manufacturing solar panels often requires toxic heavy metals, explosive gases, and rare-earth elements that come from shoddy mines in war-torn republics. But here’s a surprise: The solar industry is actually getting dirtier in some respects. The latest Solar Scorecard from the Silicon Valley Toxics Coalition (SVTC), released last week, reports that the industry has slipped on several key environmental metrics, with many solar-panel manufacturers now refusing to provide any information about their manufacturing practices at all.

In terms of market share, only 35 percent of the solar-panel industry responded to this year’s SVTC survey, compared to 51 percent last year. According to SVTC, several major solar companies have provided almost no meaningful information about their environmental performance—stats such as the toxicity of their panels, the use of conflict minerals, or the sustainability of their supply chains—through reports to the group or on their websites.

“If they are not providing the information, we have to assume the worst,” says SVTC executive director Sheila Davis.

Solar companies that do provide sustainability stats are in some cases scaling back their environmental commitments. This year, Arizona-based First Solar started giving customers in most countries the option of buying its panels without participating in its recycling program, reducing the number of solar companies with mandatory recycling programs in the United States to zero. Also, fewer companies this year told SVTC that they would commit to supporting a program to take back and recycle their used solar panels.

Davis blames the poor scores on a global glut of photovoltaic (PV) panels. Huge Chinese subsidies for solar companies have driven down global PV prices (and helped boost sales) but have forced many companies to cut costs. Some major European- and American-based manufacturers (and a few Chinese ones) that abide by strict environmental standards have lost market share or gone out of business and stopped responding to the surveys.

The environmental opacity of the PV industry stands in ironic contrast to that of the PC industry, which, after years of pressure from SVTC and other groups, now routinely discloses a wide range of information about the environmental lifecycle of its products.

“My gut feeling is that solar companies need pressure just like the electronics industry does,” Davis says. “They are not going to rise to the top on their own.”