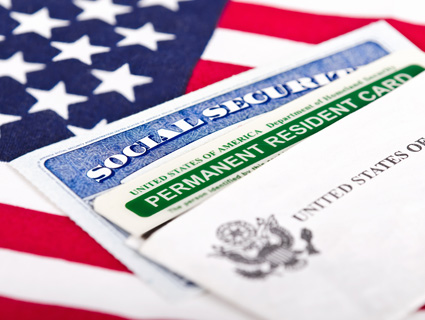 When Congress reconvenes in September, the immigration debate will pick up where it left off—that is, at a complete impasse. There is still broad, bipartisan support for comprehensive reform, but House Speaker John Boehner (R-Ohio) has refused to allow the bill passed by the Senate earlier this summer to come up for debate; instead, members of his caucus are pursuing piecemeal legislation that focuses primarily on border security. Meanwhile, the clock is running out. With a debt ceiling showdown looming this fall and the midterm elections fast approaching after that, it’s unclear whether the congressional calendar will allow enough time for any immigration legislation to advance before the current session of Congress expires.

Immigration reform advocates are publicly optimistic, but there’s plenty of cynicism among political observers. Last week, Talking Points Memo editor Josh Marshall declared reform dead and its proponents in denial that House Republicans will change their tune. Reformers should “forget the heroic measures to revive it,” he argued, and “get about telling the public who killed it and holding them accountable for their actions” in the midterm elections.

Senate Majority Leader Harry Reid (D-Nev.), has repeatedly said nothing will happen unless Boehner allows a vote on a broad path to citizenship for most of the country’s 11 million undocumented immigrants. Reform advocates are looking to October, when the bipartisan Gang of Seven plans to unveil its long-delayed comprehensive reform bill in House. The introduction of the bill will force House members to go on the record supporting or opposing the comprehensive, Senate-style reform bill and may eventually lead Boehner to bow to pressure on a path to citizenship.

“There’s this sort of beltway conventional wisdom that we’re dead, but we’re optimistic,” says Frank Sharry, executive director of America’s Voice, who responded to Marshall’s cynical take with an open letter touting the resolve of the immigration reform movement. “The Republicans have to do something or risk going out of business as a viable national party.”

Daniel Garza, a former Bush White House official who heads the Libre Initiative, an immigration reform group that approaches the topic from free-market perspective, doesn’t see a path to citizenship as an all-or-nothing proposition. “At minimum, what we want is legality,” he says. As a possible compromise with Democrats, some House Republicans have suggested a path to legalization that would allow undocumented immigrants to stay in the country, but would not lead to citizenship. “We feel that at minimum, that provides certainty to the folks who are coming here unauthorized that they won’t be deported tomorrow, and we think that is significant enough to get behind what they’re going to be proposing in the House.”

“Republicans are for immigration reform, they’re just not for what the Democrats are proposing,” says Garza, who believes a path to citizenship will be limited to the something like the KIDS Act, which would only affect individuals brought to the country illegally when they were children. “Democrats have defined immigration reform as a path to citizenship,” he adds, but while “publicly they won’t tell you they would settle for legalization, I think secretly they would.”

Sharry dismisses that as “wishful thinking,” arguing that giving undocumented immigrants the ability to become permanent residents but not citizens would relegate them to a “permanent underclass.” This is a proposition, he says, Democrats will reject out of hand.

Angela Kelley, vice president for immigration policy at the Center for American Progress, is more cautious. “I think it’s a big assumption on both sides to say that under no circumstances would Democrats support, in the 11th hour, a program that didn’t include a direct path to citizenship,” she says. “But it’s also hard to imagine there would be much of a political win for Republicans if they’re supporting a second-class citizenship.”

For now, it’s a waiting game. “Republicans are going to have to make some really tough decisions, but ultimately they realize the demographic cliff they’re falling off of is only getting higher and their fall is only getter harder,” Kelley says.