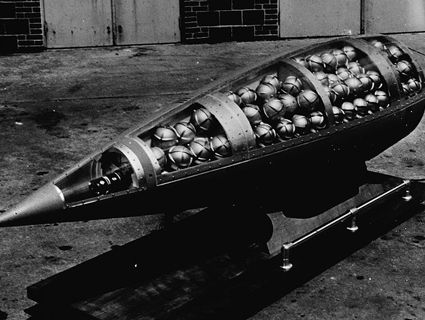 On Friday, the Obama administration released its assessment of last week’s chemical weapons attack on Syrian civilians. The US government “assesses with high confidence” that the regime of President Bashar al-Assad carried out the attack, and that the Syrian government has a stockpile of sarin and other chemical agents. (UN chemical weapons experts are still working to confirm details regarding the attack.) This declassification was accompanied by Secretary of State John Kerry’s public statement, in which he called the attack a “crime against conscience” and “crime against humanity.”

Something of this magnitude will always provoke a stream of conspiracy theories, some wilder than others. In a radio interview on Thursday, Rep. Lee Terry (R-Neb.) seemed to endorse one of them.

“The theory then and the evidence was that Iraq was an enemy of the United States and had direct plans in either support of Al Qaeda and/or with other weapons that we found out weren’t there—which I still think they were moved to Syria,” said Terry. “And it wouldn’t surprise me if some of the chemical weapons that have been used by Syria actually came from Iraq.”

When Becka asked whether Terry’s claim about the transfer of weapons was based on information he had received as a member of Congress, Terry replied, “Gut feeling…”

This theory isn’t new. Senior Bush administration officials publicly flirted with the idea that Iraq transferred weapons to other nations. The claim has been promoted on conservative media and Fox News many times over the years. In 2007, Mitt Romney said that it was “entirely possible” that weapons of mass destruction were moved from Iraq to Syria during the run-up to the Iraq war. The thing is that there is absolutely zero credible evidence that this was ever the case. I called up the State Department to ask about the theory the congressman rehashed. The first spokesperson I talked to simply laughed. The second could only say that the State Department doesn’t “have any information on that.”

For a firmer rebuttal, here’s an AP report from January 2005:

[I]ntelligence and congressional officials say they have not seen any information—never “a piece,” said one—indicating that WMD or significant amounts of components and equipment were transferred from Iraq to neighboring Syria, Jordan or elsewhere…The [Bush] administration acknowledged…that the search for banned weapons is largely over. The Iraq Survey Group’s chief, Charles Duelfer, is expected to submit the final installments of his report in February. A small number of the organization’s experts will remain on the job in case new intelligence on Iraqi WMD is unearthed.

But the officials familiar with the search say U.S. authorities have found no evidence that former Iraqi President Saddam Hussein transferred WMD or related equipment out of Iraq.

A special adviser to the CIA director, Duelfer declined an interview request through an agency spokesman. In his last public statements, he told a Senate panel last October that it remained unclear whether banned weapons could have been moved from Iraq.

“What I can tell you is that I believe we know a lot of materials left Iraq and went to Syria. There was certainly a lot of traffic across the border points,” he said. “But whether in fact in any of these trucks there was WMD-related materials, I cannot say.”

Last week, a congressional official, speaking on condition of anonymity, said suggestions that weapons or components were sent from Iraq were based on speculation stemming from uncorroborated information.

After the subsequent report was released, Duelfer gave an interview to PBS NewsHour in which he expressed doubt that Iraq transferred WMDs to Syria prior to the US-led invasion. “Syria, we had some intelligence that perhaps some materials, suspicious materials, had been moved there,” he said. “We looked as closely as we could at that, there were a few leads which we were not able to fully run down, largely because of the security situation, but it’s my judgment that had substantial stocks, important stocks been moved to Syria, someone would have told something to us about that.”

And in the years since, no new evidence has come to light suggesting otherwise. This all seems to conflict with Rep. Terry’s “gut.”