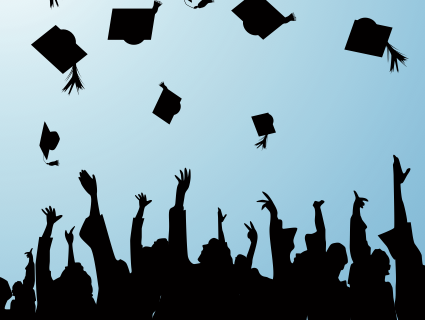 At the beginning of July, interest rates on federal undergraduate student loans—called Stafford loans—jumped from 3.4 percent to 6.8 percent after Congress couldn’t agree on legislation to avert the spike. On Wednesday evening, a bipartisan group of Senators—including Sens. Tom Harkin (D-Iowa), the chair of the education committee, Joe Manchin (D-W.Va.), Lamar Alexander (R-Tenn.), and Tom Coburn (R-Okla.)—reached a deal that would set rates at 3.86 percent for the coming year. Thereafter, the rate for undergrad Stafford loans would be calculated by adding two percentage points to the rate at which the government borrows money over the long term (currently at about 2 percent), but the plan wouldn’t allow that rate to rise above 8.25 percent. (For graduate student loans, the Senate plan would add 3.6 percent to the government’s borrowing rate, and set a 9.5 percent interest rate cap.)

The Senate compromise brings Congress close to a solution on the student loan interest rate log jam because the plan the upper chamber has cobbled together is very similar to a plan the House passed in May.

Many Senate Democrats had long resisted the idea of tying interest rates to market fluctuations. And they argued that the House Republican plan, and a similar plan in the Senate, would reduce the deficit on the backs of students and eventually lead to higher rates.

But after senators met Tuesday with President Barack Obama, who was worried about ending the impasse, Democrats caved.

Progressive Dems are sure to be disappointed by the accord. When the House passed its student loan interest rate bill a couple of months ago, Sen. Elizabeth Warren (D-Mass.) said the plan “takes a bad situation and makes it worse… Our students should not be a profit center for the government.” The Congressional Budget Office has estimated that the Senate plan would save the government $715 million over 10 years.

“I am just trying to get the best deal for students,” Harkin said Wednesday, according to Bloomberg.

Congress got itself into this mess in 2007, when it passed a law that gradually lowered interest rates from a fixed 6.8 percent to 3.4 percent over five years, then allowed the rate to shoot back to 6.8 percent in 2012. Last year, no one could agree on a compromise to prevent the rate increase, so lawmakers passed a stopgap measure to extend the 3.4 percent interest rate for a year. This year, when Congress again couldn’t reach a compromise, interest rates spiked up to 6.8 percent on July 1. Since then, lawmakers and the White House have been scrambling for a solution.

Alexander said Wednesday he was optimistic the Senate deal would pass the House. “The House can hopefully accept it, send it to the president, and it [can] all be done by the end of the month,” he told National Journal. A vote could come by next week.