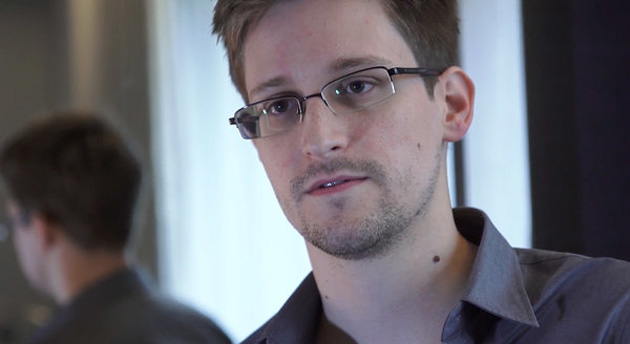 Edward SnowdenImage courtesy of The Guardian.

Thomas Drake, a National Security Agency whistleblower who several years ago provided information to the press about fraud, waste, and privacy abuses at the super-secret spy agency and who was prosecuted for doing so, has a warning for Edward Snowden, the 29-year-old whistleblower who on Sunday outed himself as the source of the blockbuster leaks revealing two sweeping NSA surveillance programs. (The programs, as the Guardian and the Washington Post stories based on Snowden’s leaks revealed, collected records of phone calls made by Americans and intercepted internet communications made by foreigners via US tech companies.) Drake says Snowden can expect to be targeted by the full force of the United States government. And Drake should know. The Justice Department pursued Drake fiercely, charging him with violating the Espionage Act—as if he had been a spy for a foreign power. Drake maintained that he had only conveyed unclassified information to a reporter. The government’s case eventually fell apart, and it dropped the most serious charges. Drake accepted a deal, pleading guilty to a misdemeanor charge of misusing a computer. He served no prison time, but his career as a high-tech intelligence professional was over. Recently, he was working at an Apple store.

On Friday, before the identity of the newest NSA whistleblower was publicly known, I asked Drake what this person could expect. Both the Guardian and the Washington Post had revealed the existence of the internet-interception program called PRISM, and the Post referred to its source this way:

Firsthand experience with these systems, and horror at their capabilities, is what drove a career intelligence officer to provide PowerPoint slides about PRISM and supporting materials to The Washington Post in order to expose what he believes to be a gross intrusion on privacy. “They quite literally can watch your ideas form as you type,” the officer said.

When I asked Drake what he thought would happen to the person who had revealed information on these surveillance programs, he focused on the Post‘s account and not surprisingly, noted in an email that the leaker would feel the full wrath of the US government:

What will happen to w’blower who handed over Prism program info to WP, given the unprecedented reprisals & prosecutions with this Admin to w’blowing?

Gov’t is no doubt apoplectic behind the scenes – not just with w’blower but also with reporter and have already launched a major criminal investigation.

The info from Prism was increasingly showing up in the PDB [the President’s Daily Brief, the top-secret and selective intelligence report he receives each morning].

They will move shadows and shades to identify the w’blower and turn the surveillance system inside out to find and fry him.

Gov’t will burn with a decided white hot intensity of revenge and retaliation and start threatening big time even before finding the w’blower.

And when they find the w’blower the full wrath of administrative and bureaucratic punitive measures will descend on the w’blowers, because w’blowers threats the integrity of the NatSec state.

Obama is ferociously against unauthorized leaks and wants hard justice meted our against them – Chicago style.

Given Drake’s experience and those of others who have been relentlessly prosecuted by the Justice Department for leaks, this is hardly an outrageous prediction. And Snowden is about to find out how right Drake might be.