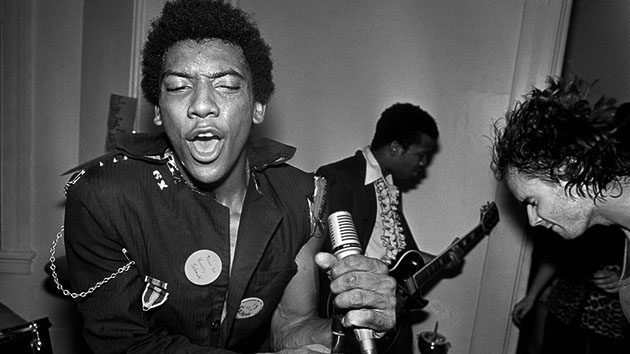 Photographer Lucian Perkins earned two Pulitzer prizes during his 27 years working for the Washington Post, shooting nearly every major historical event of the past two decades. (More recently he cofounded Facing Change, a group that documents rural America in the spirit of the Farm Security Administration.) In his archives, among shots of the Berlin wall coming down, war in the former Yugoslavia, and Palestinian uprisings in the West Bank, Perkins’ assistant Lely Constantinople discovered that her boss also happened to have some amazing, rarely seen photos of the early DC punk scene, shot early in Perkins’ Post career.

One night in 1979, while interning in the photo department, Perkins found himself at the Hard Art gallery in DC. The young crowd’s attention was fixated on an all-black punk band called the Bad Brains, who belted out tight, fast, short songs. Sensing a story, Perkins spent the following four months photographing the nascent scene. 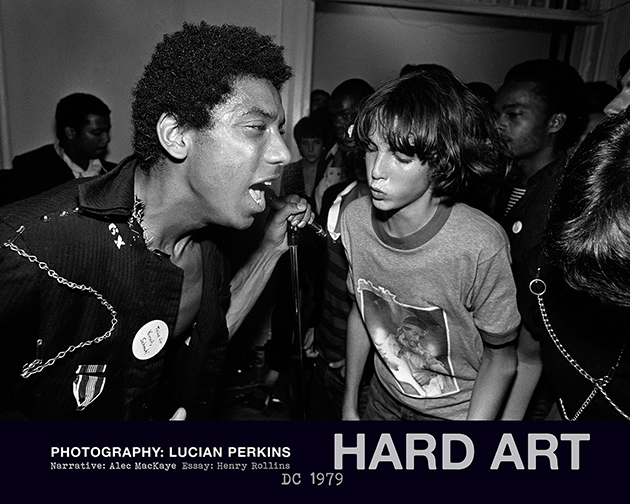 The resulting book, titled Hard Art, showcases four shows that Perkins shot in the fall and winter of 1979 and early 1980: a concert in the projects, a show at Hard Art, and two at a venue called Madam’s Organ. It includes a helpful narrative from Alec MacKaye—a scene fixture and brother of DIY luminary and Dischord Records cofounder Ian MacKaye—who appears in a number of the photos. DC native Henry Rollins contributes an essay to the book, including a great remembrance of Ian MacKaye’s first band, the Teen Idles. (He went on to form the seminal bands Minor Threat and Fugazi.) 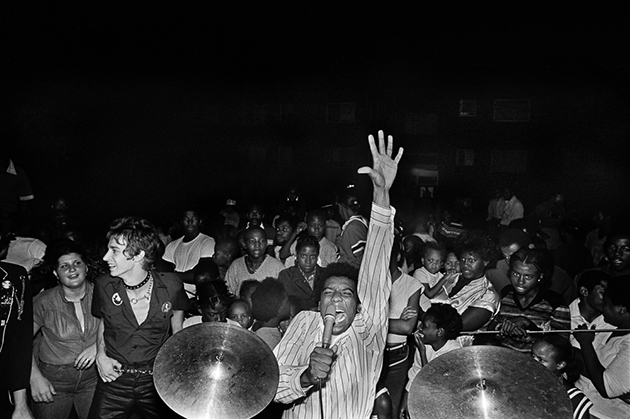 Even if you aren’t familiar with these bands, the backstory of the Bad Brains’ impact on punk or the impact of the Teen Idles and Dischord Records on the DC scene, Perkins’ photos offer a fascinating snapshot of a time when it was still rebellious, even dangerous, to declare yourself a punk. 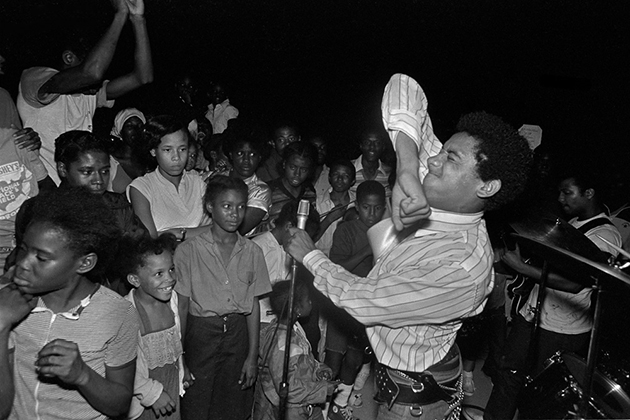 Some of the most exciting shots are from the Bad Brains/Trenchmouth “Rock Against Racism” show at the Valley Green Housing Complex. HR, the Bad Brains’ singer, got the idea to “get punk rockers to step out of the embrace of the downtown art scene and take it to the streets.” The result is a crowd consisting of a bunch of African-American kids, who look a bit shocked, or at least bemused, as Bad Brains and Trenchmouth scream and hurl themselves into their music. HR’s idea didn’t really stick—punk never found a home in the ghetto as he had hoped—but I doubt it was a night anyone involved would soon forget. 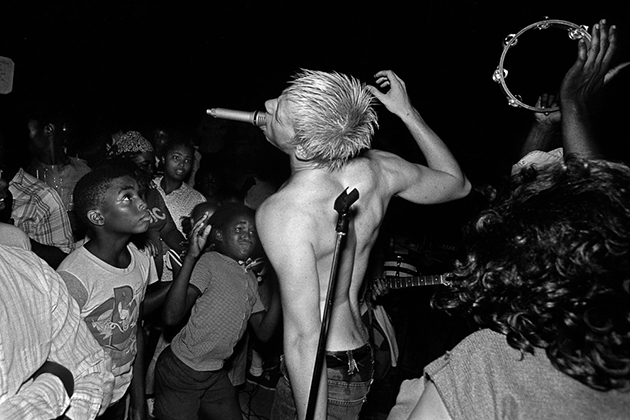 The other shows are no less exciting. But beyond the action on stage, Perkins’ behind-the-scene shots of punks hanging out provide a great documentation of the atmosphere. 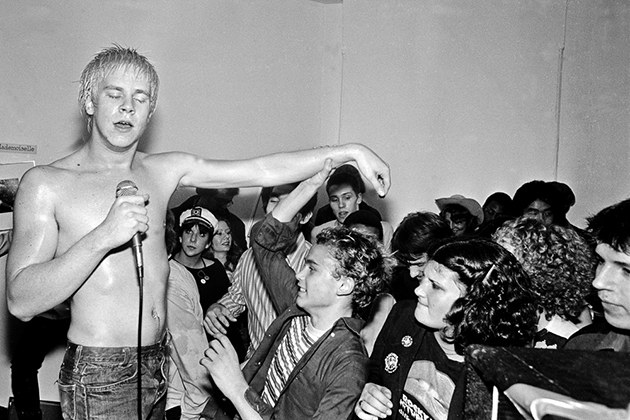 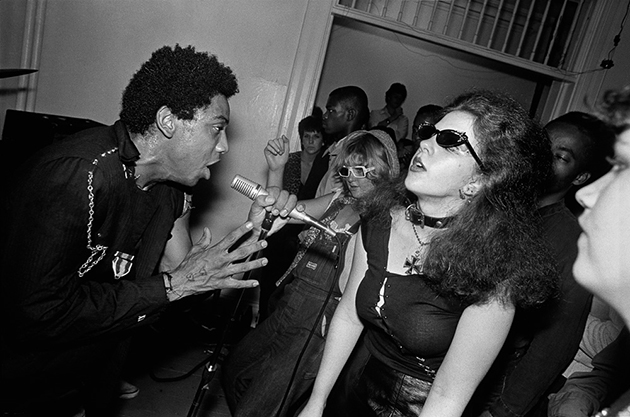 To really immerse yourself, to get the full impact of the book, I recommend blasting the Bad Brains 1979 album Black Dots while flipping through its 90 pages. 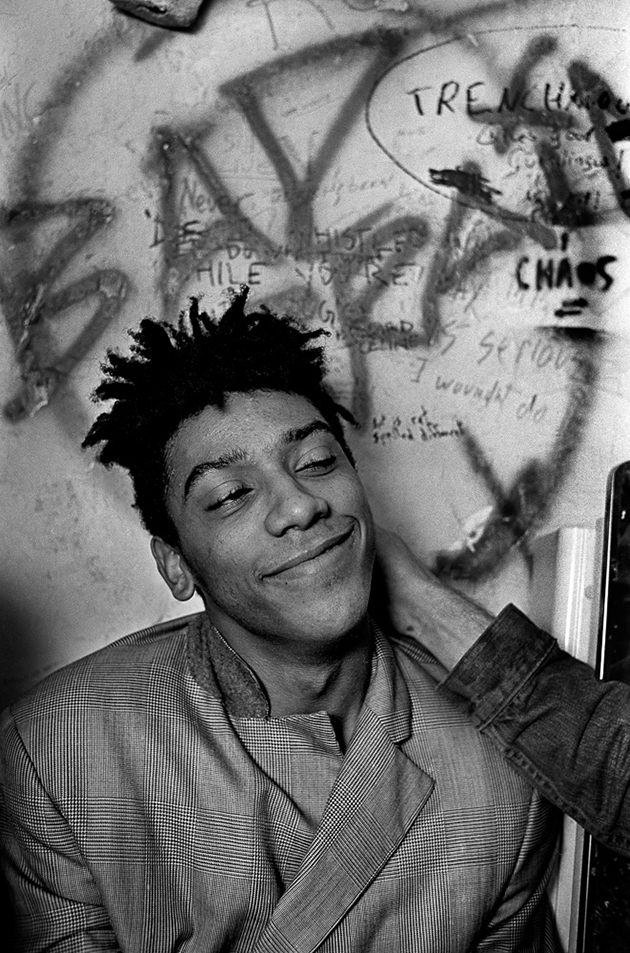 The Bad Brains moved to New York shortly after these photos were taken. But this portrait of the Teen Idles is a bona-fide punk classic. 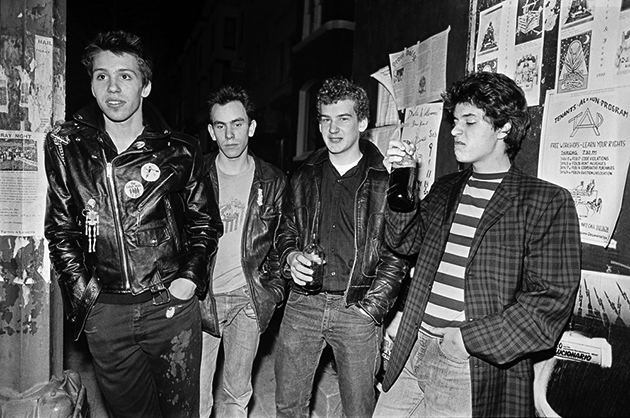 Some of the book’s images have appeared on records as well as in various books and documentaries about the early DC scene. In particular, you might remember some of them from the excellent book Banned In DC.

All in all Hard Art is a pretty incredible, if narrowly focused, peek at a scene that helped launch 1,000 bands and DIY labels that existed for their love of the energy and the music, not as any means to an end.

Correction: An earlier version of this article misidentified Constantinople as male.