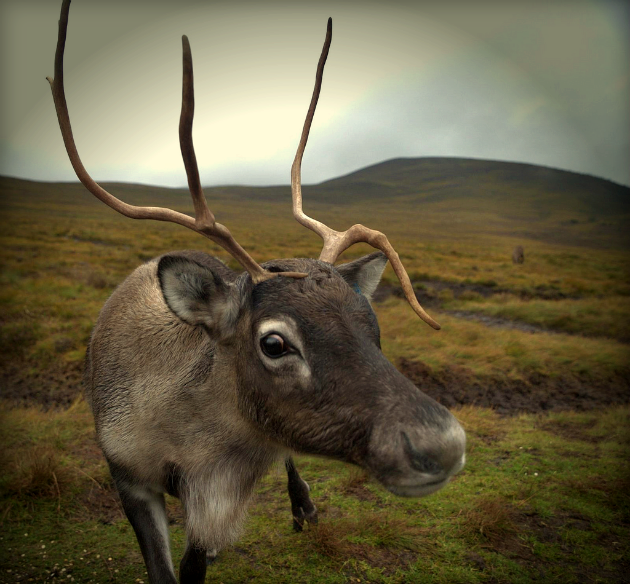 Turns out where we let reindeer dine when has a big impact on the energy balance of the planet. That’s because reindeer (aka caribou) prune dark-colored Arctic vegetation, minimizing solar heat absorption.

The study was done by Finnish researchers using satellite data to compare tundra in Norway, where reindeer aren’t allowed to graze in summer, with similar tundra in Finland, where they are. As you might expect, vegetation is shorter and sparser on the Finnish side. In contrast, the taller trees and shrubs of the ungrazed Norwegian side absorb more sunlight—which promotes an earlier snowmelt, increases solar absorption, and accelerates warming.

The heat difference is significant, according to the team’s calculations: on the Norwegian side, solar energy absorption of up to 6 W/m2 in the snowmelt season, or up to 0.5 W/m2 to the yearly energy balance. Put another way, compared to the Finnish tundra, Norwegian energy absorption during the months of March, April, and May is enough to melt a cubic kilometer of ice. “No small matter,” Lauri Oksanen, a co-author of the paper in Remote Sensing of Environment, tells Eye on the Arctic.

The net result is that reindeer can delay seasonal warming and help de-couple one of the more potent positive feedback loops affecting climate in the far north. Although, Oksanen notes, that if the reindeer are allowed to overgraze their favorite food—the whitish-colored reindeer lichen—they can also remove one of the tundra’s most reflective summer surfaces.

So, carefully managed, reindeer could be used to do what they do best: geoengineer the landscape. Selective summer grazing could be used to delay snowmelt, increase the surface albedo, and reduce ground heating.

“If wetlands and poorly growing forests could be brought back so that the forests were left sparse and the wetlands returned to a natural state, it would significantly cool the atmosphere,” says Oksanen.