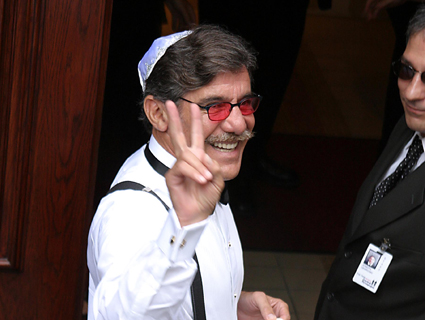 Here’s how it starts:

There is a scene in The Lord of the Rings where my favorite character, the aging, battle-weary Théoden, King of Rohan is confronted with a profound dilemma. Determined to honor his ancient oath and ride to the rescue of his ally the besieged nation of Gondor, he is told that his forces are insufficient to defeat the enemy, evil Mordor.

“No. We can not. But we will meet them in battle nonetheless,” Théoden answers grimly, doomed by honor and destiny to perish in what seems a lost cause. And he dies, but because of his sacrifice the good guys ultimately win

Improbably that scene came to mind just now as I wrestled with whether to seek the Republican nomination for the Senate seat from New Jersey left vacant by the death of 89-year old, five-term incumbent Frank Lautenberg.

And here’s how it ends:

Over the last 24 hours I reached out to former GOP candidates, consultants, colleagues and friends frantically testing everything from my ideological viability to prospective budgets.

Ultimately, I concluded that whatever else it is, New Jersey politics is not a fantasy novel. For one thing, the energetic and engaging Mayor Booker is not the Dark Lord. And while I may be willing to die for the right cause, I’m not willing to bankrupt myself in a vain quest that is more Don Quixote than Lord of the Rings.