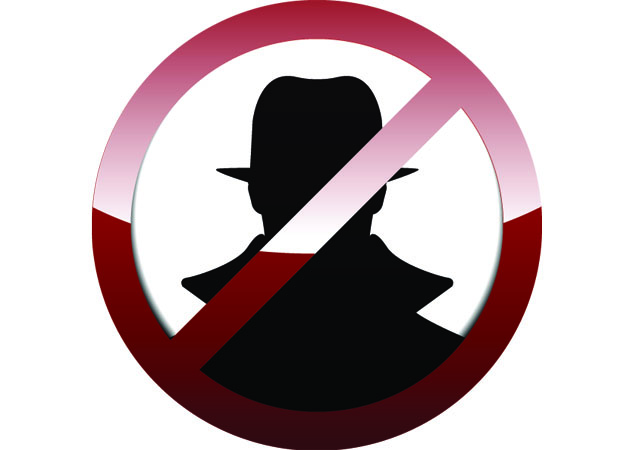 Last week, I reported that in the midst of revelations about the National Security Agency’s extensive top-secret surveillance operations to collect domestic phone records and internet communications, the Justice Department was fighting to keep secret a court opinion that determined that the government, on at least one occasion, had violated the spirit of federal surveillance laws and engaged in unconstitutional spying.

Last year, after Sen. Ron Wyden (D-Ore.) released a declassified statement noting that the Foreign Intelligence Surveillance Act (FISA) court had found that the US government had engaged in surveillance that had circumvented the law, the Electronic Frontier Foundation, a public-interest outfit that focuses on digital rights, submitted a Freedom of Information Act request to the Justice Department for any FISA court opinion or order that had reached such a conclusion. FISA court proceedings and opinions are top secret, and the Justice Department said, in essence, “get lost.” EFF sued, and in the course of the proceedings, the Justice Department revealed that the FISA court in 2011 had indeed produced an 86-page opinion concluding a government surveillance program was not constitutionally kosher. But the department provided no details regarding the program that the opinion covered, and it contended the opinion could not be released because it was classified and the department itself did not have the authority to release a FISA court opinion, under that court’s rules.

So EFF went to the FISA court last month and filed a motion that essentially asked the court to tell Justice that there was nothing in its rules that would prohibit a federal court from ordering the agency to release this opinion. And last week, the Justice Department responded, filing a motion arguing that the FISA court did not have jurisdiction to rule on the EFF motion. It also claimed that if the FISA court did rule in favor of EFF on this point, the court would create a precedent that could lead to the release of redacted opinions that would be “misleading to the public about the role of this Court.” That is, the Justice Department was issuing a stark warning to the FISA court: Agree with EFF, and who knows what will happen. “A release involving the disclosure of some parts of a FISC opinion while concealing other parts creates a substantial risk of public misunderstanding or confusion regarding this Court’s decision or reasoning,” the department’s motion stated.

The FISA court did not buy the agency’s arguments. On Wednesday, it handed EFF a slam-dunk victory in this side battle, ruling, “The Court concludes that it has jurisdiction to adjudicate the EFF Motion and that the FISC Rules do not prohibit the Government’s disclosure of the Opinion in the event it is ultimately determined by the District Court to be subject to disclosure under FOIA.” So now the Justice Department cannot hide behind its claim that FISA court rules prevent it from releasing the opinion in response to a FOIA lawsuit.

EFF, though, has not yet reached the promised land. It still must beat the Justice Department in district court on the substance of the dispute: Can the government be forced to release a FISA court opinion—or portions of it—that declared a government surveillance program unconstitutional?

The FISA court, says David Sobel, a lawyer for EFF, “has made clear that there is nothing in its own rules that prohibits disclosure of the 2011 opinion we’re seeking. So we go back to district court and continue our fight under FOIA, having removed DOJ’s argument that it has no discretion to release FISC material.” Pointing to this FISA court decision and a bill recently introduced in Congress that would require the declassification of certain FISA court opinion, Sobel says, “We might be on the verge of rethinking the degree of secrecy that surrounds all these activities.” But he still has a tough fight ahead in this case, for the Justice Department has certainly demonstrated it will fiercely oppose disclosing an opinion revealing government surveillance gone wrong—even when the nation’s most secret court has no objection.