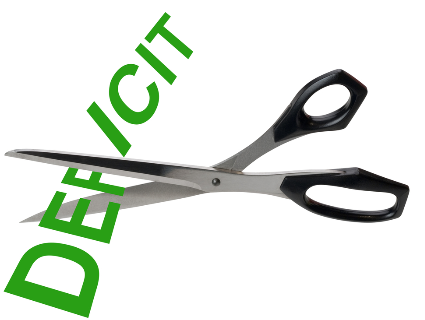 Washington’s obsession with the nation’s budget deficit is a mistake, according to a new report released Wednesday by the liberal Center for American Progress (CAP). Congress and President Barack Obama are locked in a budget-cutting state of mind, still hoping to reach some sort of a grand bargain deficit reduction deal later this year that would replace the sweeping spending cuts that went into effect in March.

But as the report notes, the state of the economy has changed since 2010, the year that talks over how to reduce the deficit began:

“Much has changed,” Michael Linden, the author of the CAP report, writes, “and the debate should change with it.”

Although the initial push for austerity came from the right, Obama and congressional Democrats soon fell in line. As Ezra Klein noted at Wonkblog Thursday, lower deficit forecasts didn’t change Rep. Paul Ryan’s (R-Wisc.) budget-cutting mania. “With some of the urgency gone, did Ryan ease up on the cuts to programs like Medicaid and food stamps?” Klein writes. “Of course not….The facts changed. The policies in the Republican budget didn’t.” As for Democrats, Klein says, “they’ve kept pursuing the exact kind of budget deals that led to sequestration in the first place.” Obama put forward a budget in April that, as Linden says, “goes well beyond halfway to meet the demands of conservatives in Congress.”

“It is time to reset the entire budget debate,” Linden says. “No more pretending that the sky is falling.”