2012 was the second-worst year on record for extreme weather events, both in number and in cost, according to a tally released this morning by the National Oceanic and Atmospheric Administration. Eleven major events—including tornadoes, wildfires, droughts, and hurricanes—racked up a collective bill of over $110 billion, with cropland damage from drought in the Midwest ($17.36 billion in crop insurance payments alone) and Hurricane Sandy, with a $60 billion price tag, as the most expensive items. 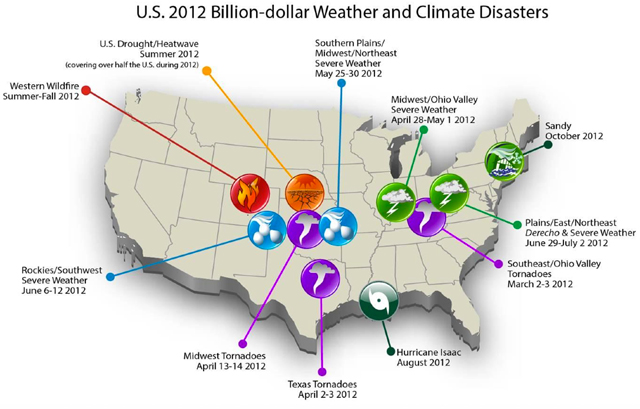 As for this summer, the costs are still piling on: Feed and water scarcity have shrunk the nation’s cattle supply to its lowest point since 1952, pushing beef prices to an all-time high, and NOAA scientists predict that pasture conditions will likely be worse this summer than last.

According to the latest forecast, although drought conditions have dropped 21 percent from their peak last September, nearly half of the country is still in some kind of drought, with the worst conditions moving west through the summer into California and Oregon.

“The drought has definitely been pushing westward,” Mark Svoboda of the National Drought Mitigation Center in Nebraska told reporters, adding that the devastating wildfires that have recently hit states like Colorado and New Mexico are “just the start.” 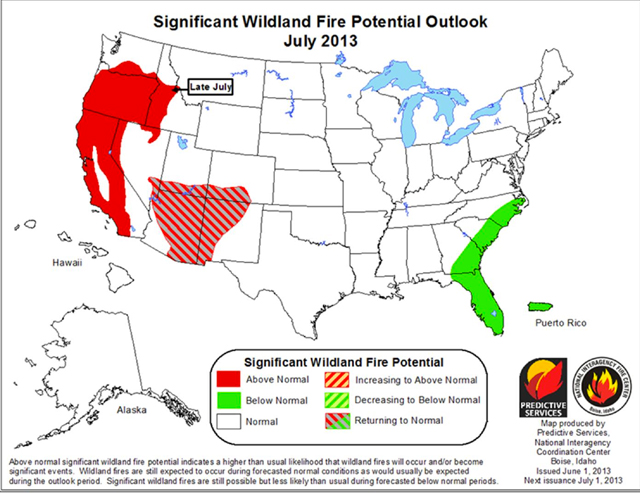 Svoboda added that lightning from the upcoming monsoon season in the Southwest created a particular wildfire risk in this still tinder-dry region, although Arizona and the central plains are expected to see some improvement of drought conditions, the result of a relatively wet spring: 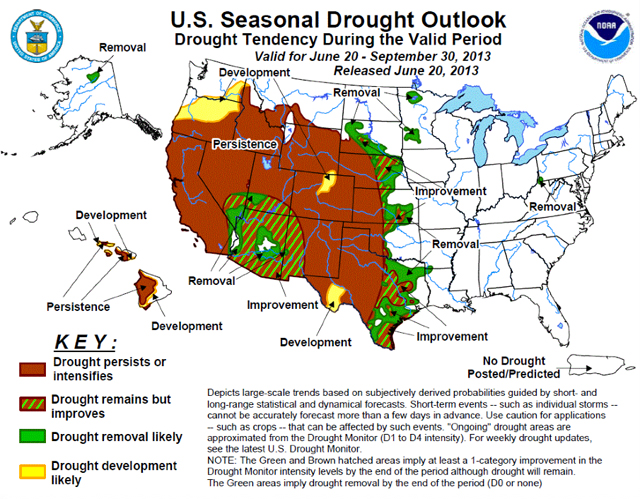