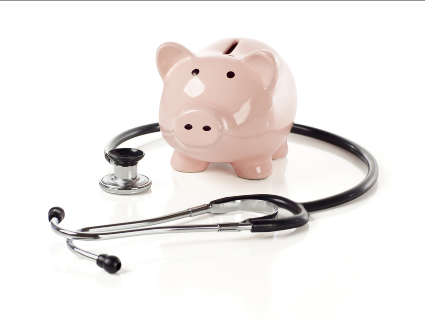 Obamacare—a.k.a. the Affordable Care Act—is forcing employers to cut back on high-end health plans. And this doesn’t just affect rich people. Many middle-income workers with high-quality plans are seeing a reduction in benefits and higher costs too, according to the New York Times.

One provision of President Obama’s historic healthcare law, dubbed the Cadillac Tax, penalizes companies that offer extremely generous healthcare plans to their employees. If an employer offers a plan that costs more than $10,200 for an individual or $27,500 for a family, the employer will be forced to pay a 40 percent tax on the portion of the plan cost that exceeds those thresholds. The idea, as the Times reports, is to “encourage employers to move away from plans that insulate workers from the cost of care and often lead to excessive procedures and tests, and galvanize employers to try to control ever-increasing medical costs.”

In order to avoid the Cadillac tax, which goes into effect in 2018, employers are already searching for ways to scale back on costs, including cutting health benefits and increasing plan prices. (Employers are also amping up spending on preventive care services, which is a good thing.) And as Bradley Herring, a health economist at Johns Hopkins Bloomberg School of Public Health, told the Times, these health plan changes will likely affect a lot of people, not just the well-off; up to 75 percent of plans could be affected by the tax over the next ten years. “The reality is it is going to hit more and more people over time,” he says.

One of those people affected is Abbey Bruce, a nursing assistant in Washington state whose employer increased the costs of the plan that she and her husband, who has cystic fibrosis, rely on. The Times tells her story:

Starting this year, they have a combined deductible of $2,300, compared with just $500 before. And while she was eligible for a $1,400 hospital contribution to a savings account linked to the plan, the couple is now responsible for $6,600 a year in medical expenses, in contrast to a $3,000 limit on medical bills and $2,000 limit on pharmacy costs last year. She has had to drop out of school and take on additional jobs to pay for her husband’s medicine.

The number of employers adjusting their plans because of the Cadillac tax has increased from 11 percent in 2011 to 17 percent this year, the Times reports. And the amount that employer plans require workers to pay as a deductible—the amount an insured person has to pay out of pocket for healthcare costs before the insurer will pay—has jumped. The number of workers in plans with deductibles of at least $2,000 doubled between 2009 and 2012 to 14 percent.

Even before Obamacare became law, health plan costs for workers had been rising for years. Some worry that the Cadillac tax will just be used as an excuse to bump up costs even more. Tom Leibfried, a legislative director for the labor federation AFL-CIO, one of the unions whose plans will be hit by the tax, says “We’re very concerned about the hollowing out of benefits in general. What the [Cadillac] tax will do is just fuel that.”