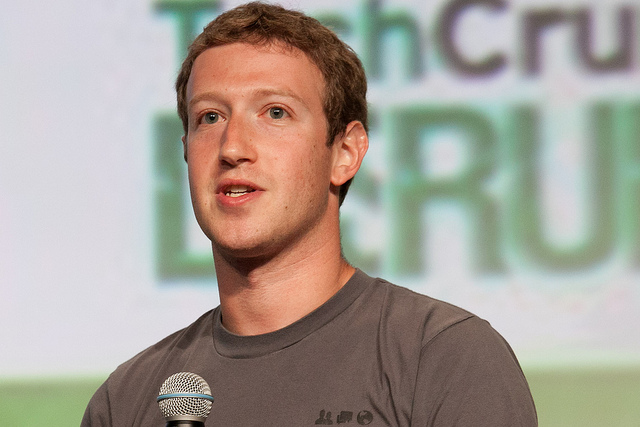 Nine big-name progressive groups, including MoveOn.org, the Sierra Club, and Daily Kos, announced Tuesday morning that they will yank their current paid advertisements on Facebook or cancel future ad buys in protest of FWD.us, the dark-money nonprofit that Facebook CEO Mark Zuckerberg cofounded.

Zuckerberg and fellow tech entrepreneur Joe Green launched FWD.us last month in order to give Silicon Valley a greater political presence in Washington on issues that affect the tech industry. A bipartisan, bicoastal team of political strategists and organizers is running the operation, and the group’s public supporters include the CEO of Dropbox, the cofounder of LinkedIn, a smattering of rock-star tech investors, and some guy named Bill Gates. The group has reportedly raised $25 million already, and while it lists its “major contributors” online, it does not say how much they contributed. FWD.us chose immigration reform as its first big cause, and it has lobbied Congress to expand the number of visas available to foreign engineers and other high-skilled workers that Silicon Valley firms would like to recruit.

The ads are no longer on the air, but progressives are nonetheless fuming over FWD.us’ tactics. Protesters recently demonstrated outside of Facebook’s Menlo Park, California, headquarters, chanting, “Keystone, take a hike. Facebook dislike.” CREDO Mobile, the progressive phone company*, distributed signs for that protest and also tried to run an ad on Facebook urging Zuckerberg to kill the pro-Keystone ads. Facebook rejected the ad, saying it violated company policy because it prominently used Zuckerberg’s image.

Progressives United, a liberal nonprofit founded by former Sen. Russ Feingold (D-Wis.), is leading the freeze on Facebook ad buys, which will last at least two weeks. Other participants in the protest include Democracy for America, the political action committee founded by Howard Dean; CREDO Super-PAC and CREDO Mobile; League of Conservation Voters; 350.org; and Presente, the progressive Hispanic advocacy group. It is unclear how much these groups actually spend or plan to spend on Facebook ads; there was no mention of Facebook ad spending in their announcement.

Leaders of the groups protesting Facebook said they don’t disagree with FWD.us on the need for a major overhaul of the nation’s immigration system. Their beef is with the nonprofit’s political strategy thus far. “Leaders in the technology community have every right to talk about how immigration reform will benefit their businesses,” Feingold said in a statement. “But instead, FWD.us has chosen a strategy that’s condescending to voters and counterproductive to the cause of reform.”

Nick Berning, a spokesman for MoveOn, added: “MoveOn members are committed to passing a comprehensive immigration reform bill this year, but unlike FWD.us, we don’t support throwing other important issues like access to health care and action to combat climate change under the bus to do it. We find FWD.us and Facebook founder Mark Zuckerberg’s advertisements promoting the dangerous Keystone XL pipeline and criticizing Obamacare deeply disturbing.”

*Disclosure: Mother Jones is among the dozens of nonprofits that have received funding from CREDO Mobile through its customer-selected action program.