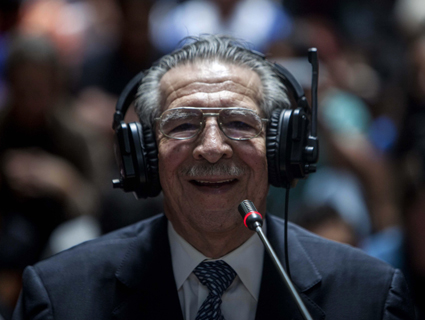 On Monday, Guatemala’s Constitutional Court overturned the conviction of former dictator Efraín Ríos Montt, an army general who ruled as de facto president from 1982 to 1983. On May 10, Ríos Montt, 86, was found guilty by a three-panel tribunal on charges of genocide and crimes against humanity, and sentenced to 80 years in the slammer; he is the first former head of state in the Americas to stand trial for genocide. But less than two weeks later, Guatemala’s highest court threw out all proceedings in the case dating back to April 19, in part thanks to an aggressive lobbying effort by the nation’s most influential business federation. Due to the court’s 3-2 decision, the way forward—for Ríos Montt’s opponents, for his supporters—has been thrown into question. After Monday’s ruling, Ríos Montt was sent back to house arrest, where he had been since the case started in January 2012.

Here’s a quick reminder of who Efraín Ríos Montt is, and what he did.

1. During his 17-month stint as military dictator, he oversaw the genocide by his armed forces of at least 1,771 members of the indigenous Maya Ixil population. Roughly 100 survivors testified during the course of his trial. 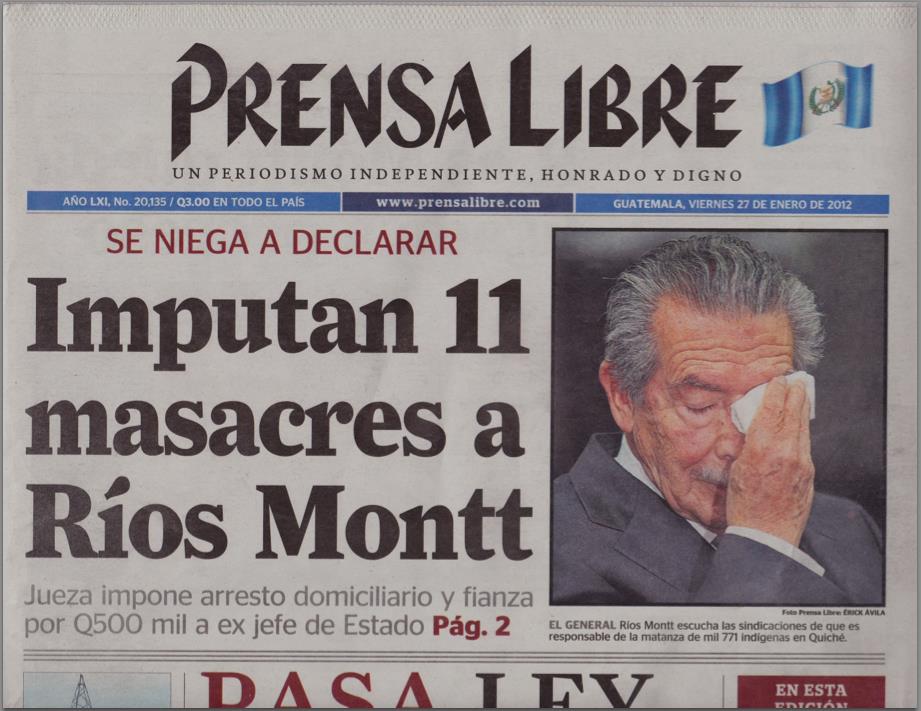 This Guatemala City newspaper reads, “Ríos Montt charged with 11 massacres.” Via Granito: How to Nail a Dictator/Facebook

2. Along with the mass murder, his military regime carried out a policy of forced displacement, forced assimilation, torture, systematic rape and sexual assault, starvation, and arbitrary execution against those labeled as political opponents.

3. Due to his staunchly anti-communist attitudes during the Guatemalan Civil War, the general received plenty of financial, military, and political support from President Ronald Reagan’s administration and friends in the United States. (Ríos Montt is an alumnus of the School of the Americas, a Department of Defense-owned institute and notorious tyrant-mill at Fort Benning, Georgia that taught torture, blackmail, death-squad tactics, and counter-insurgency to numerous Latin American strongmen and human rights abusers.)

Well, ladies and gentlemen, President Ríos Montt and I have just had a useful exchange of ideas on the problems of the region and on our bilateral relations…I know that President Ríos Montt is a man of great personal integrity and commitment. His country is confronting a brutal challenge from guerrillas armed and supported by others outside Guatemala. I have assured the president that the United States is committed to support his efforts to restore democracy and to address the root causes of this violent insurgency. I know he wants to improve the quality of life for all Guatemalans and to promote social justice. My administration will do all it can to support his progressive efforts.

For all the accusations of obscene human rights violations, Reagan maintained that Ríos Montt was simply getting a “bum rap” from naïve activists.