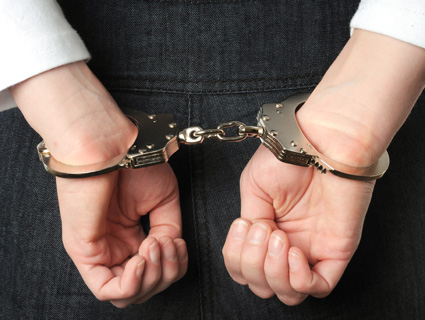 The district attorney argued that methamphetamine detected in Buckhalter’s system caused Hayley Jade’s death. The state Supreme Court, which heard oral arguments on the case on April 2, is expected to rule soon on whether the prosecution can move forward.

If prosecutors prevail in this case, the state would be setting a “dangerous precedent” that “unintentional pregnancy loss can be treated as a form of homicide,” says Farah Diaz-Tello, a staff attorney with National Advocates for Pregnant Women, a nonprofit legal organization that has joined with Robert McDuff, a Mississippi civil rights lawyer, to defend Buckhalter. If Buckhalter’s case goes forward, NAPW fears it could spur a wave of similar prosecutions in Mississippi and other states.

Mississippi’s manslaughter laws were not intended to apply in cases of stillbirths and miscarriages. Four times between 1998 through 2002, Mississippi lawmakers rejected proposals that would have set specific penalties for damaging a fetus by using illegal drugs during pregnancy. But Mississippi prosecutors say that two other state laws allow them to charge Buckhalter. One defines of manslaughter as the “killing of a human being, by the act, procurement, or culpable negligence of another”; another includes “an unborn child at every stage of gestation from conception until live birth” in the state’s definition of human beings.

The cause of any given miscarriage or stillbirth is difficult to determine, and many experts believe there is no conclusive evidence that exposure to drugs in utero can cause a miscarriage or stillbirth. Because of this, prosecuting Buckhalter opens the door to investigating and prosecuting women for any number of other potential causes of a miscarriage or stillbirth, her lawyers argued in a filing to the state Supreme Court—”smoking, drinking alcohol, using drugs, exercising against doctor’s orders, or failing to follow advice regarding conditions such as obesity or hypertension.” Supreme Court Justice Leslie D. King also raised this question in the oral arguments last month: “Doctors say women should avoid herbal tea, things like unpasteurized cheese, lunch meats. Exactly what are the boundaries?”

Laws that criminalize hurting or killing fetuses are pitched as ways to protect pregnant women from abuse but are often used to prosecute those same women, NAPW says. The group has documented more than 400 cases across the country in which these laws have been used to detain or jail pregnant women. Earlier this year, Mississippi’s neighbor to the east, Alabama, set its own precedent for prosecuting pregnant women for drug use. In January, the Alabama Supreme Court upheld convictions against two women—Amanda Kimbrough and Hope Ankrom—for “chemical endangerment” of a child, under a 2006 law that was written to punish people who expose children—not fetuses—to illegal drugs. Kimbrough gave birth prematurely to a baby boy who died shortly thereafter; she was charged after testing positive for meth. Ankrom gave birth to a healthy baby boy, but she was charged after he was found to have marijuana and cocaine in his system.

If a woman can legally terminate an unwanted pregnancy, how can she be jailed for unintentionally ending a wanted one?

In Mississippi, Diaz-Tello says, “we’re trying to avoid another ruling like Alabama.” The decision in Buckhalter’s case is expected to influence a second pending case in the state against Rennie Gibbs, a young woman charged with “depraved heart murder” after a experiencing a stillbirth in 2006, at age 16. A medical examiner claimed a small amount of cocaine, found during the autopsy, caused the death. Gibbs’ case is supposed to go before a trial court later this year.

Buckhalter’s lawyers contend that both Buckhalter and Gibbs are collateral damage in the abortion wars in Mississippi, one of the most anti-abortion states in the country. A 2011 state ballot measure there would have granted full rights to fertilized eggs, making all abortions illegal all the time. That measure failed, but abortion foes have pledged to try again in 2015, and lawmakers are working hard to close the state’s last remaining abortion clinic. Charging a woman with manslaughter for using drugs while pregnant is just a backdoor way of establishing legal “personhood” for fetuses, says Diaz-Tello.

But as McDuff pointed out in oral arguments before the Supreme Court last month, even the state’s law defining homicide as including the killing of a child at “every stage of gestation” includes a specific exemption for women seeking a legal abortion. If a woman can legally terminate an unwanted pregnancy, he argued, how can she be jailed for unintentionally ending a wanted one?

Perhaps the most perverse impact of prosecuting Buckhalter, her lawyers say, is that it could lead to more abortions. Fear of prosecution “may cause a mother to seek an abortion that she might not have otherwise have sought,” particularly if she is dealing with drug or alcohol addiction, Buckhalter’s lawyers argued in a court filing.

A dozen medical and public health groups—including the American Medical Association, the American Academy of Pediatrics, and the American College of Obstetricians and Gynecologists—made the same argument in a friend-of-the-court brief submitted in the Buckhalter case. And even for women who want to continue their pregnancy, the medical groups contended, the threat of prosecution could actually deter them from seeking prenatal care or drug addiction treatment, or from sharing important information with their doctors, for fear they may be reported.

As for Buckhalter, her lawyers say she’s gotten the help she needed since losing Hayley Jade. She became pregnant again, completed a residential drug treatment program, and gave birth to a healthy baby. She also finished an associate’s degree at Hinds Community College, where she was inducted into the honor society. She’s a testament to the fact that women in her situation need help, McDuff says, not jail time.

“Obviously, you shouldn’t be taking drugs while you’re pregnant,” McDuff says. “But the notion of prosecuting somebody for murder or manslaughter, trying to send them to prison, is just crazy.”