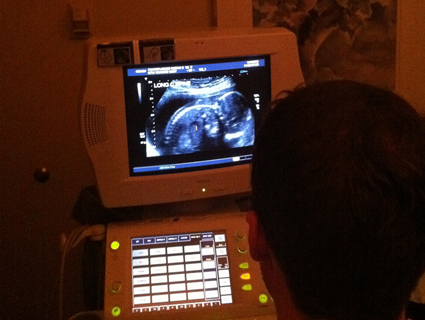 The American Civil Liberties Union announced on Wednesday that it is filing suit against Arizona’s law that aims to ban abortions based on gender preference or race. The law, passed in March 2011, “treats every black and Asian women as potential threat simply because of her race alone,” said Alexa Kolbi-Molinas, staff attorney with the ACLU Reproductive Freedom Project, at a press event announcing the lawsuit.

The ACLU’s suit is on behalf of the NAACP and the National Asian Pacific American Women’s Forum, who argue that the law is an unconstitutional intrusion into a woman’s right to choose and that it asks doctors to profile based on the race of the woman seeking an abortion. Daniel Pochoda, legal director of the ACLU of Arizona said the law is “motivated by racist and discriminatory beliefs.” It would encourage discrimination against Asian American women based on cultural assumptions that they might seek to abort a female fetus. Doctors would also be required to racially profile any woman of color seeking an abortion, since she would most definitely be carrying a fetus of color. This pretty much amounts to a thought-crime, forcing medical professionals to somehow determine a woman’s motivation for getting an abortion or potentially end up in jail for 3 and a half years.

The law “perpetuates ugly stereotypes about the Asian American community and contributes to anti-immigrant perceptions,” said Miriam Yeung, executive director of the National Asian Pacific American Women’s Forum. And if politicians are actually concerned about sex-selective abortions, Yeung says, this is not the way to deal with them. “We care about gender inequity and we care about women,” said Yeung. “The thing is, if these politicians really wanted to truly address the issue—and sex-selection is really a symptom of gender inequity—there are more effective ways of doing that. This bill is not that.”

At least nine other states and the House of Representatives have considered banning abortions based on sex or race.