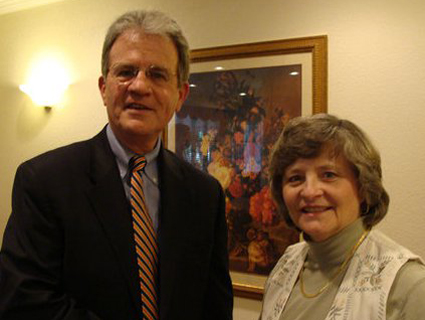 The Oklahoma legislature moved one step closer to protecting the state from the long hand of Islamic law on Monday, when the state Senate approved on a 40–3 vote a bill prohibiting the use of foreign or religious laws in state courts. If that sounds like something you’ve heard before, it’s because you have—the bill is an attempt by conservative lawmakers to finish what they started in 2010, when voters in the Sooner State approved a constitutional amendment to prohibit Islamic Shariah law from being used in state courts. That amendment, which passed with 70 percent of the vote, was almost immediately blocked by a federal court and promptly ruled unconstitutional because it specifically targeted Islam. Citing a handful of child custody and divorce proceedings, anti-Shariah activists alleged that the American way of life could soon be under threat from radical Islam.

Creating a legislative bulwark against a global caliphate in Oklahoma—where less than 1 percent of the population is Muslim—is a bit like building a seawall in the desert, but one can never be too certain about these things, and so, in March, state Rep. Sally Kern (R) introduced a bill to make things right. HB 1060 differs from the constitutional amendment in that it doesn’t single out Islam specifically; instead, it applies a blanket policy to all religious institutions and foreign laws, borrowing from a model that has been introduced in more than two dozen states and passed in six since 2009.

If you think Kern is overreacting, consider that she believes Islam isn’t the biggest threat facing the nation—the real problem is homosexuality. “Not everybody’s lifestyle is equal, just like not all religions are equal,” she said in a 2008 speech. “Gays are an even bigger threat than terrorism or Islam, which I think is a big threat.”