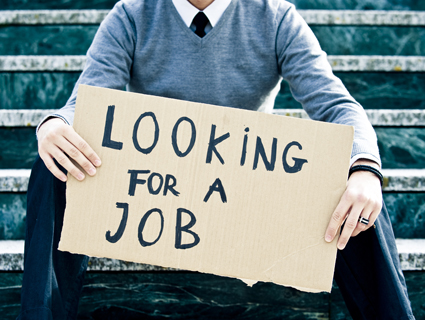 Last week, Congress took quick and decisive action to restore funding to the Federal Aviation Administration that had been cut as part of sequestration. The move, which is expected to be signed into law by President Obama, comes as welcome news to America’s frequent fliers. The long-term unemployed, on the other hand, are still totally screwed.

On Monday, New Hampshire residents receiving new emergency unemployment benefits—designed to assist people who have been without work for more than 26 weeks—will see their checks shrink by about 17 percent due to sequestration cuts. (Per the Associated Press, between 150 and 180 New Hampshire residents apply for emergency unemployment benefits every week.) Also laying down the sequestration hammer on the long-term unemployed on Monday: Utah, which will cut its benefits by 12.8 percent. The move is expected to impact roughly 4,000 citizens, according to the Deseret News. Alabama’s 12.8-percent cuts (affecting about 16,500 people) and Rhode Island’s 12.2-percent cut (affecting about 8,000 people) both go into effect this week as well.

As tough as these cuts are, they only get steeper the longer states wait. States that wait to make cuts will have a shorter period of time in which to enact them. As the National Journal explains, “If California waits until June 30 to reduce the checks, for instance, it will have to cut benefits by 22.2 percent between then and Sept. 30 in order to meet the sequester’s requirements.”